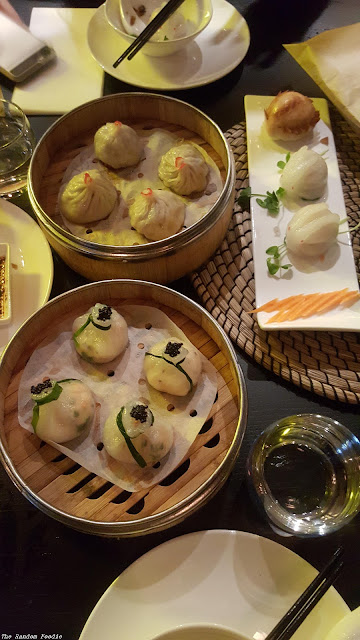 When you think of yum cha joints, Newtown wouldn't be the first suburb to come into mind. Interestingly, we somehow get the massive yum cha cravings whenever we are in the Inner West so it was good to hear that Luyu and Yum Yum is now opened in the vicinity. 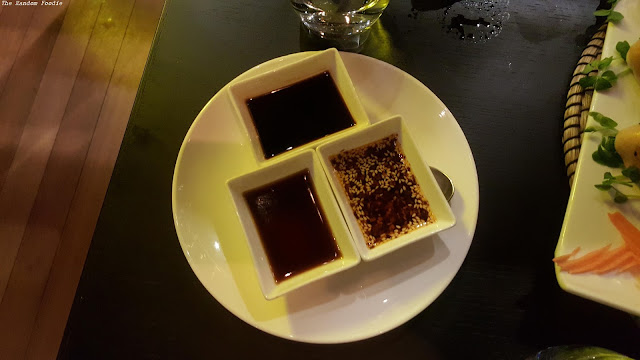 Compared to the usual yum cha joints; the venue is fancier, prices were more expensive and the service was incredibly friendly and welcoming. Plus, the dumplings were like a work of art on your plate. 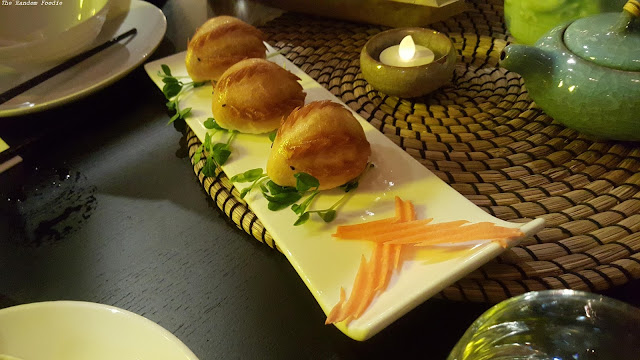 While it was flour dough baked, the texture was similar to generic pan fried dumplings. Consisting of king oyster mushroom, Chinese mushroom, carrot and fungi, these vegetarian hedgehog dumplings were crispy, moreish rather adorable. CC thought they were a tad oily and too crunchy for her liking, but I thought the crisp texture was the best part. 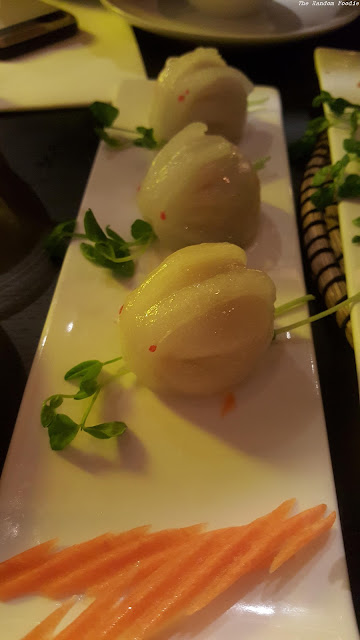 Another cute batch of dumplings shaped like an animal with an even more adorable name to boot. This contains prawn, asparagus, bamboo shoot and creamy soup in a Chrysanthemum infused potato starch dough. 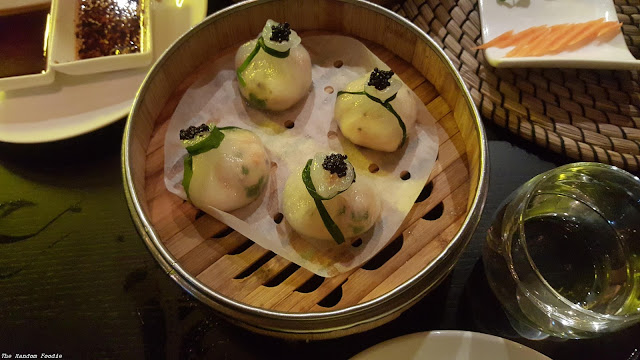 We were feeling kinda fancy with these caviar dumplings. Filled with prawn, carrot, coriander and celery in a steamed rice dough pastry, these dumplings were plump, juicy and shaped like a steamed version of the traditional fried moneybags. 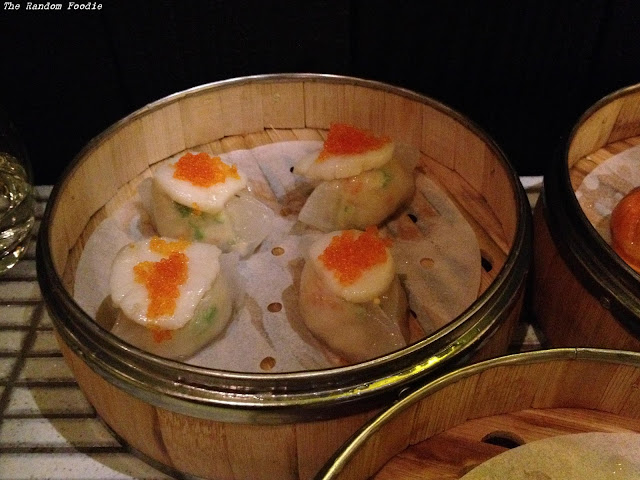 These fish-shaped dumplings were filled with scallop, fish-ball, prawn, asparagus and flying fish roe in a steamed rice dough pastry. Like the other dumplings at Luyu and Yum Yum, they have a nice chewy texture that wasn't too thick or too thin. I've got a soft spot for scallop dumplings so it was no surprise that I wanted more of this. 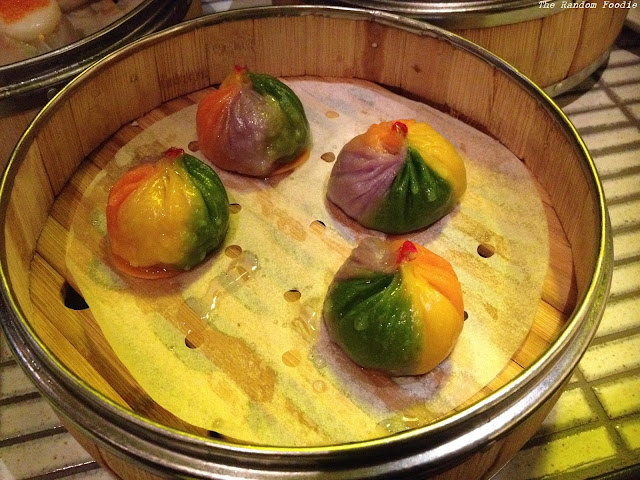 These are my fave dumplings of the lot. Not only did I love the xiao-long-bao shape, you can't help but notice its colourful fruit-infused flour dough, thin dumpling skin. While most xiao long bao contains pork, these dumplings consist of chicken in Mr Luyu homemade hot broth. 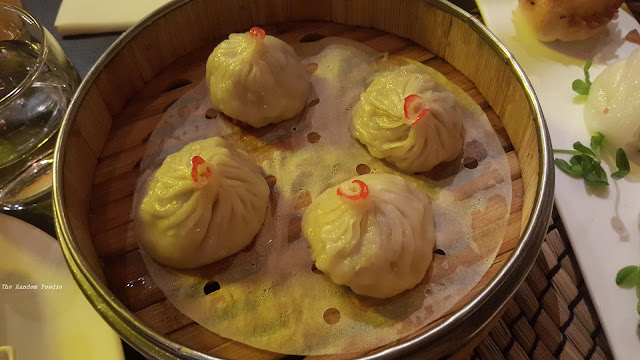 Like the Starburst dumplings, these xiao long bao also consist of chicken instead of pork in addition to ginger and shallot in a hot broth. The texture is very thin and the broth is hot to handle when you try to devour these cheeky-named morsels. 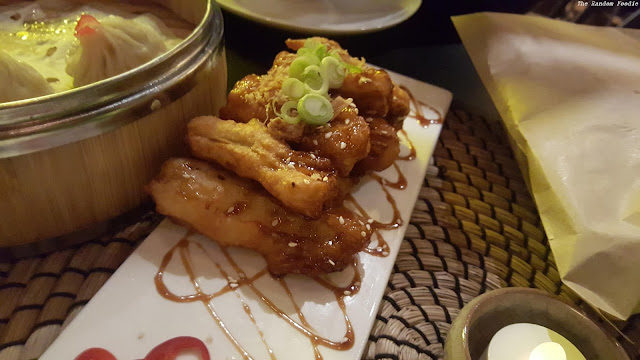 Before you start thinking that Luyu and Yum Yum is just dumplings, there are loads of non-dumplings dishes to enjoy such as fried rice, steamed fish, roasted duck and 7 flovaoured tofu. CC goes crazy for eggplant so we went with that option. These were crispy on the outside and piping hot on the inside. It was also rather sticky from the chrysanthemum honey plus soy, sesame and dried onion coated onto the fried batter. 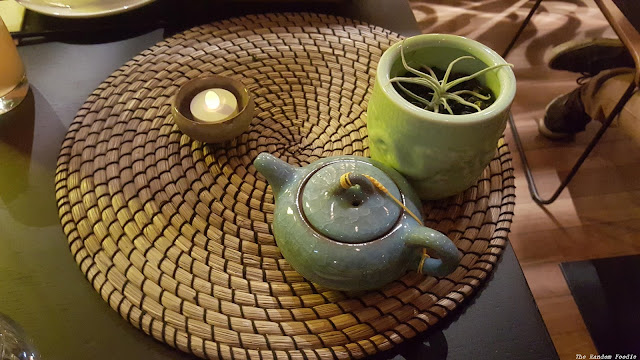 If you love your dumplings with a bit more of art and colour, you will be glad to hear that Luyu and Yum Yum is a lovely addition to the Newtown food scene. It's different from your usual cafes, Thai restaurants, cheap takeaways and dessert joints so it was no surprise that we often had to wait for a table in all of our visits so far (thankfully not very long). While the prices are a bit too expensive for me to return on a regular basis, the flavour, appearance, texture and ingredient combination would be enough for me to make a further visit or two to try more of their dumpling selection or even another serving of the above. And the cocktails look damn fine too. 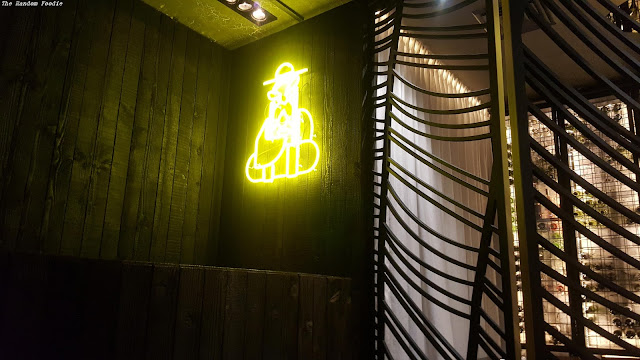 Hello again. It's been a while hasn't it? I know I've said this countless times before but I really have been busy with work, a trip to the snow, and getting sick twice over the last month. During all those busy times, one of the dishes that has got me craving for more has been Korean fried chicken. Recently, one of my friends made a visit to Sydney for his belated birthday celebrations where we all celebrated at Strathfield Sports Club's Red Pepper Bistro.

The location was actually very hard to find with so many of us getting lost trying to find this unassuming location. While there was no signage for Red Pepper, the easy way to find the Strathfield Sports Club was the hidden small brick building next to the soccer field and tennis court if you are coming from the station. The inside venue was similar to a community hall where you grab the first avail table for yourself but don't let that deter you. There's a dozen different flavours of fried chicken to try, which was perfect for a group of twenty hungry people. 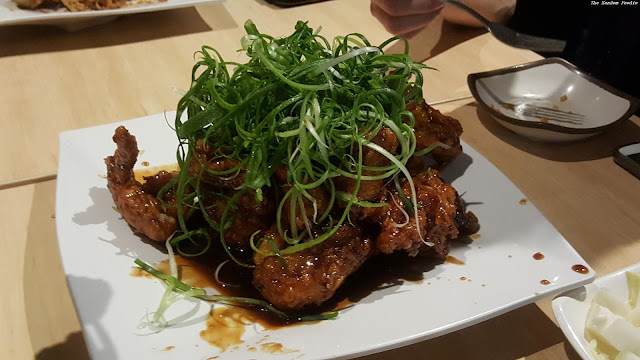 I was looking forward to trying the spring onion fried chicken after seeing it in countless photos. Was a bit puzzled when it showed up since it didn't look as crispy as I thought it would. There was a heavy amount of wasabi sauce coated onto the chicken skin, which was actually quite milder and sweeter than we expected. And when we were feeling guilty from all the fried chicken action, there was the bundle of spring onions clouded together on top just to make you feel a little bit better. 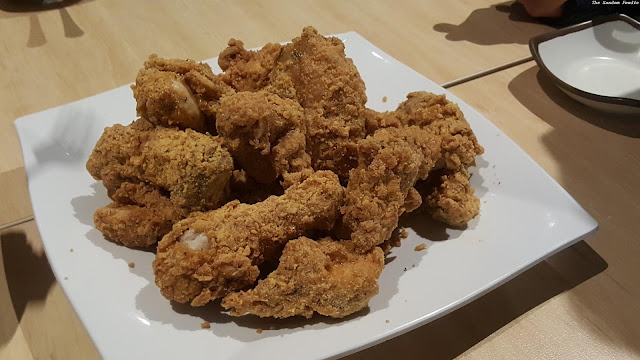 After hearing so much about the snow cheese fried chicken from Red Pepper's little sister branch, The Sparrow Mill, I was intrigued to try this interesting combination. Despite the unusual flavour, this ended up being our favourite of the night. Not only was the chicken so damn crunchy, the cheese powder didn't overpower the juicy flavour and the tender meat. 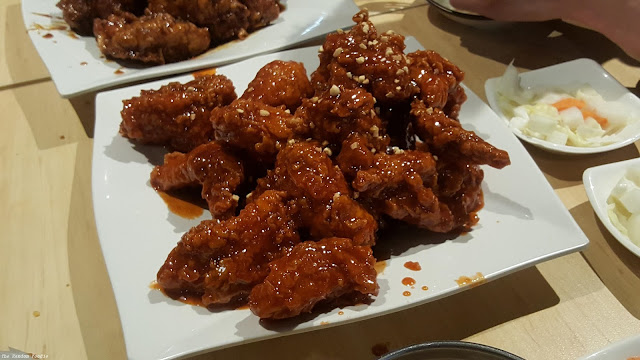 Red Pepper wasn't kidding when they named this plate "Sweet and spicy fried chicken". It was sweet, saucy and mild at first but then it started to burn my tongue after multiple bites. The roasted garlic was also a nice touch. 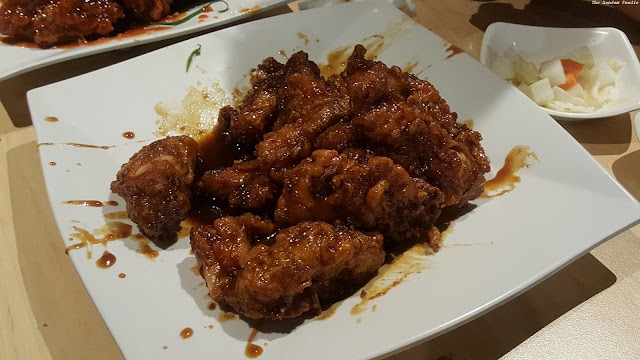 Forgot to take a photo of this when it arrived at our table so I only managed to snap it when we demolished half of it. It was sweet and very sticky from the rich soy sauce coating. Was also slightly spicy from what I could recall.

The service was minimal but what matters the most was the many options of fried chicken to indulge on. This is great for large groups and easy to share and split bills especially when you over ordered like we did. If Strathfield is out of the way, the same menu is available at its little sister restaurant "The Sparrow Mill in the Town Hall/Chinatown side of the CBD.