After hearing praises from fellow food bloggers and an award for Best Fried Chicken in Sydney thanks to the Sydney Food Blogger Awards; Naruone has been on my food radar for many many months. While I have been mentioning this restaurant to my friends for our outings, it was also harder when you see the not-so-awesome Urbanspoon rating currently at 58%. How can you convince someone that the fried chicken is so freaking good according to so many food bloggers when its own rating is quite poor?

Finally, V wanted to do a catch up dinner and I casually brought up Korean fried chicken to him. After mentioning how freaking awesome the fried chicken really is at Naruone (including send a few pictures hehe), it was enough to convince him to choose this as our catch up dinner. 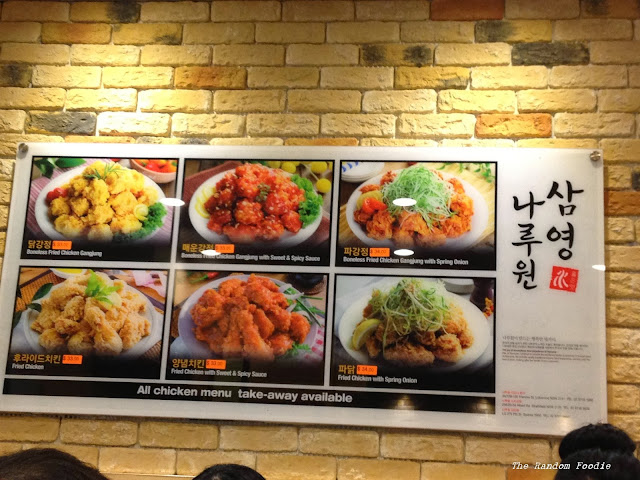 Originally it was hard for us to find the restaurant since it was actually located underground in the same space as the old Blockbuster video store (those were the daaaaayyssss!). Like all Korean restaurants, we were given complimentary pickled radishes for starters. Personally I found these treats to be quite addictive and necessary once the flavours overpower your taste buds especially with the spicy ones. 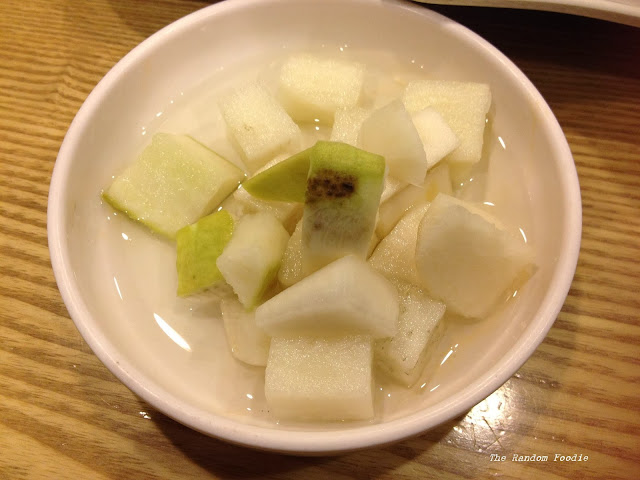 Even though we were here for the fried chicken the decision was which fried chicken to stick with. It was good to see that they do the half and half option with two flavours of your choice so we stuck with the usual faves of original and sweet and spicy. Was it worth the hype? Oh yes it was. We all loved the original flavour which had that amazing crispy and crunchy coating. We were surprised that despite its crunchiness, it wasn't even greasy. Yet the chicken remained incredibly tender and juicy. While we gobbled up all the original flavour pieces, my friends and I struggled to finish the sweet and spicy chicken. It wasn't as crunchy but the batter was thick, sweet and sticky. It does have that spicy punch which wasn't too overwhelming at first until we had a few more of those pieces. Eventually the messy, sweet and sticky batter and the strong flavours were too much to handle so we didn't end up finishing it. 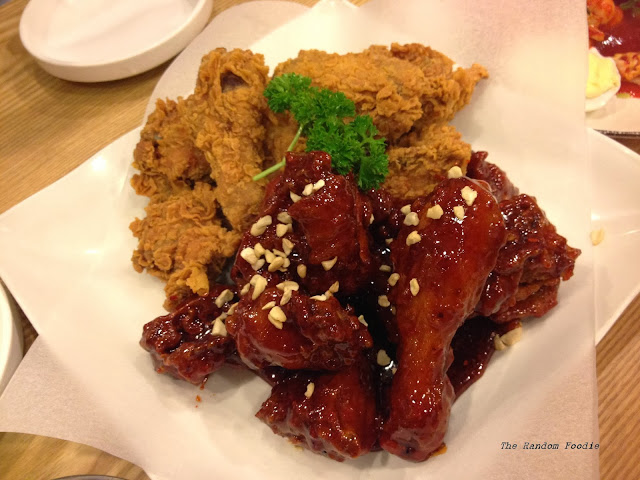 Half and Half Fried Chicken: Original and Sweet and Spicy ($33.00)

Speaking of spiciness, we also ordered the rice cakes stir fried in chilli sauce. The serving size was good for one person to have but the spiciness was much stronger here. Ended up drinking so much water due to the amount of chilli. I really enjoyed the texture of the rice cakes which weren't too soft or too hard. The veggies were also useful when you need something to counterbalance the copious amounts of fried chicken. 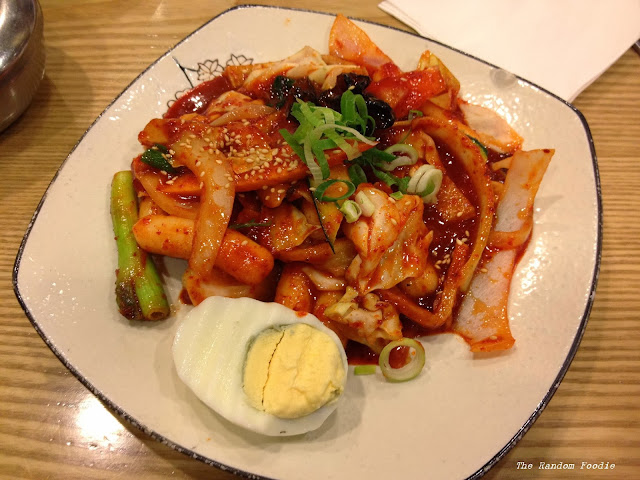 As expected with Korean restaurants (and most Asian restaurants actually), the service was fast but not very friendly. In fact the waiter was quite impatient when we were deciding which two flavours of chicken to order. There was also a few language barrier moments such as V ordering a can of coke which led to us pointing to the menu, nodding and shaking our heads. 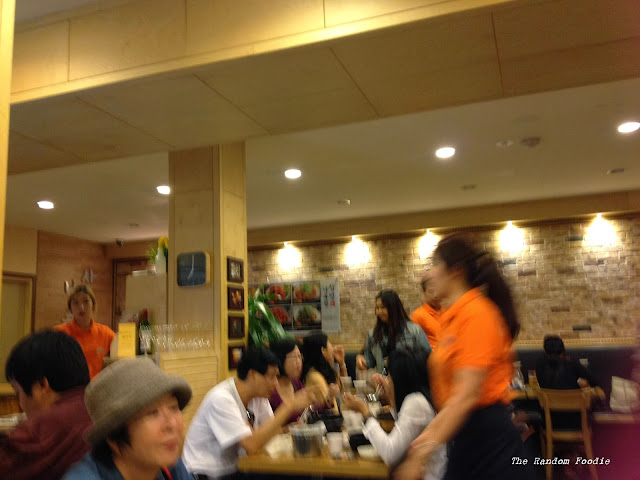