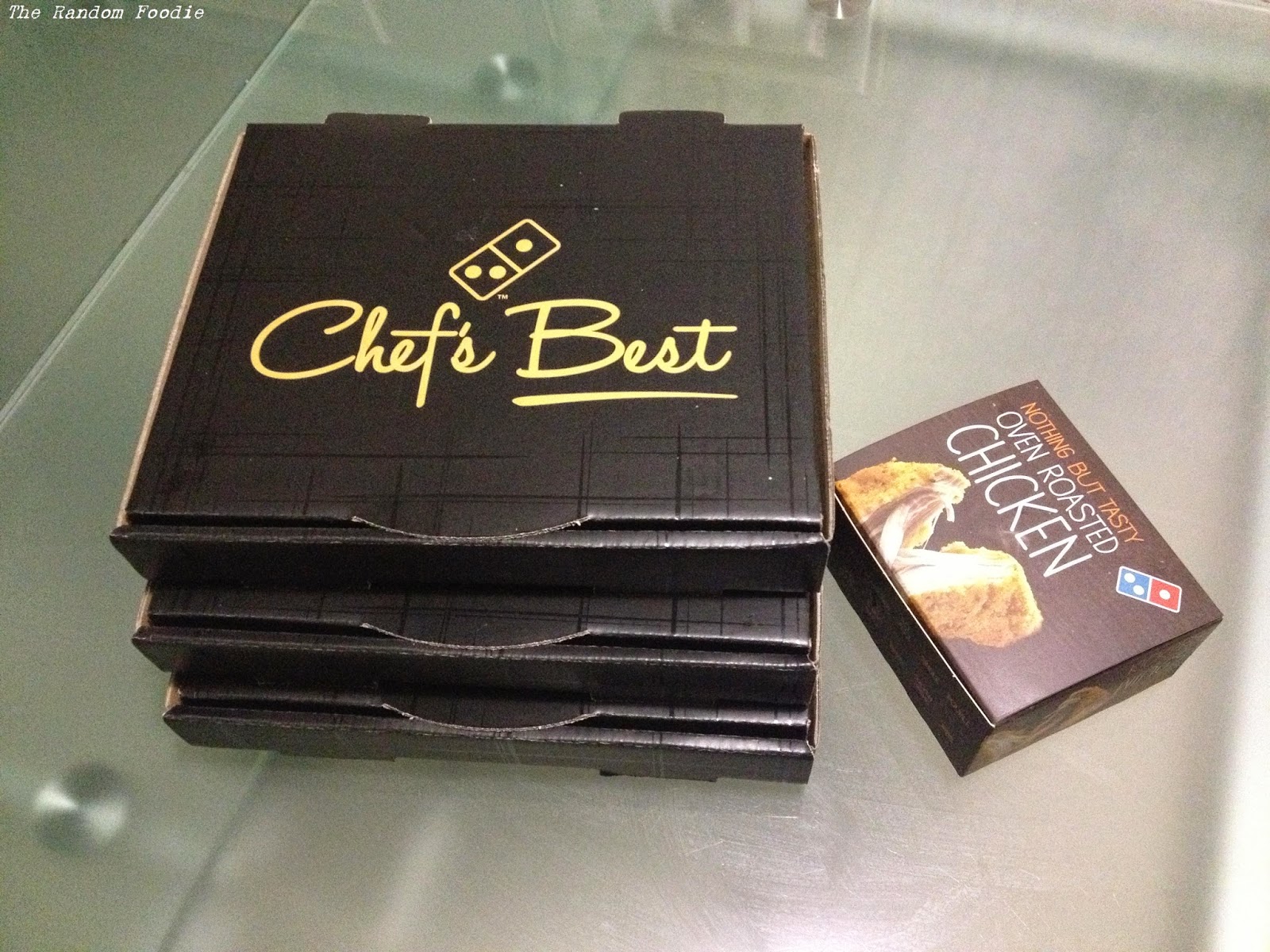 A few years ago, you don't see that much restaurants serving pulled pork in whatever form. Times have changed and pretty much every second or third restaurant now has it whether it's a pulled pork roll, pulled pork burger or even a pulled pork pizza. It's no surprise that Domino's Pizza has released a new range of Chef's Best pulled pork pizzas for you to sample this delicacy without the need to travel. 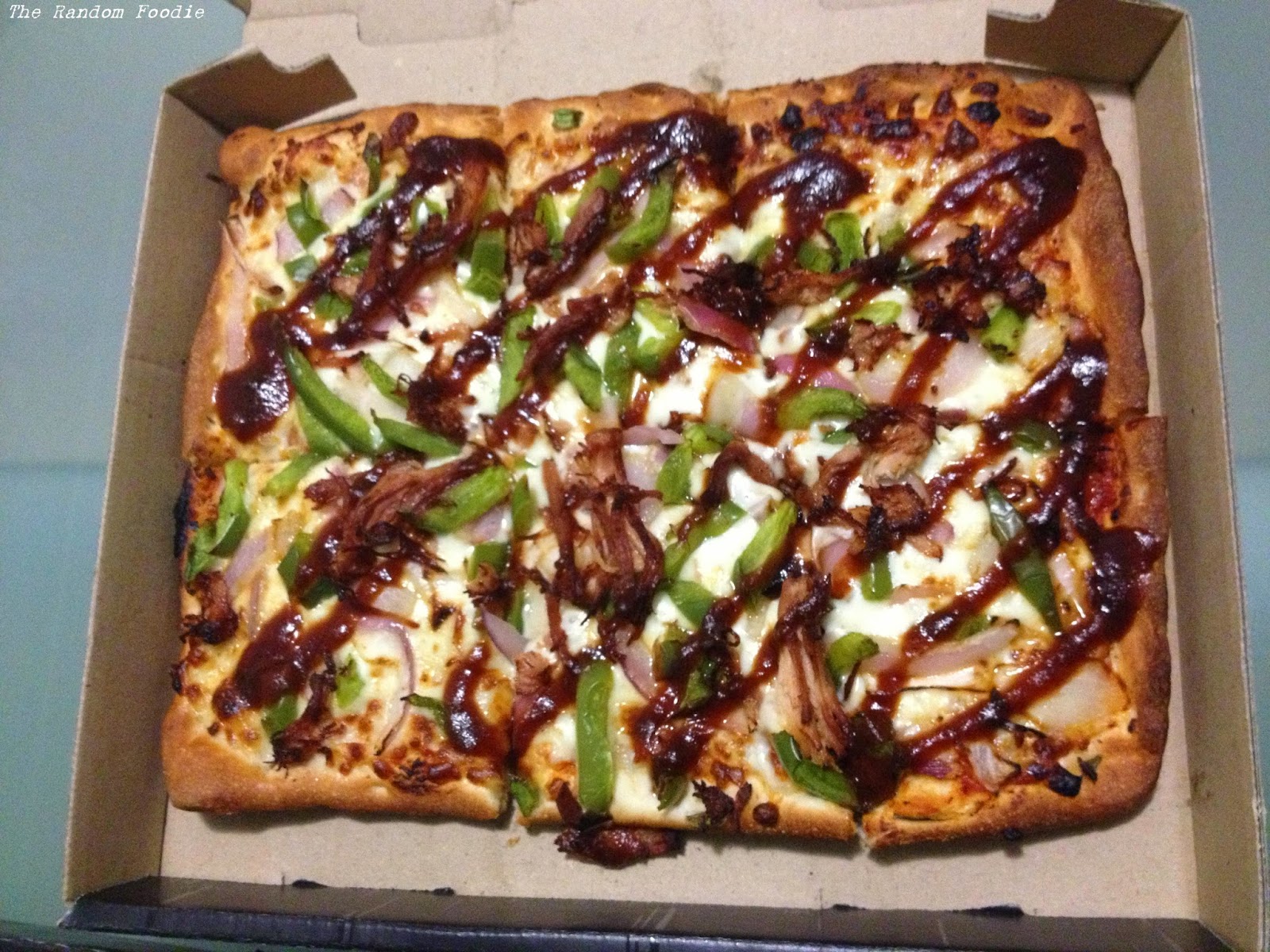 The first slice I've tried was the Hickory BBQ Pulled Pork, which contains generous amounts of tender pulled pork, red onion, capsicum, mozzarella and a hickory BBQ sauce swirl. It was quite sweet from the sauce and the red onion. While the pulled pork was slightly dry, it didn't really bother me. While I enjoyed this pizza as it was well balanced with between the pulled pork and the veggies, the folks thought this pizza was too sweet for their liking. Reminded me of the classic Supreme pizza with a pulled pork twist with these toppings. 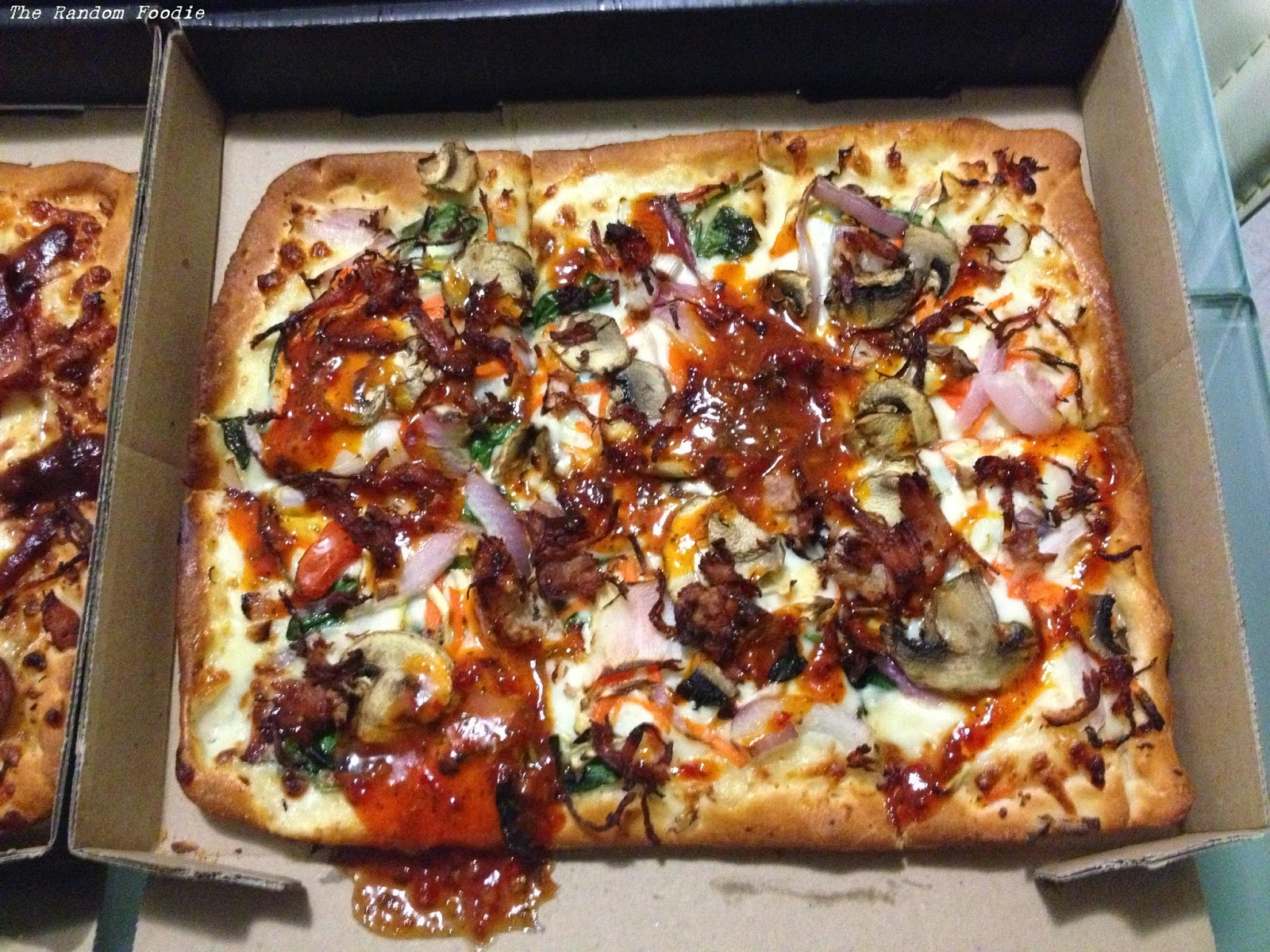 The Chilli Lime Pulled Pork Pizza (pulled pork, crunchy Vietnamese slaw, mushrooms, red onion, baby spinach on creme fraiche with mozzarella on a chilli lime drizzle) ended up being the favourite for the parents due to its abundance of veggie toppings and unique flavours. While I'm generally not a fan of creme fraiche, there wasn't much of it detected in the toppings so I actually enjoyed it. The white-based pizza did have a strong ginger-like flavour and the chilli lime was a tad spicy. With all those toppings and Asian-inspired flavours, it was different to the usual fare I've had at Domino's in the past. 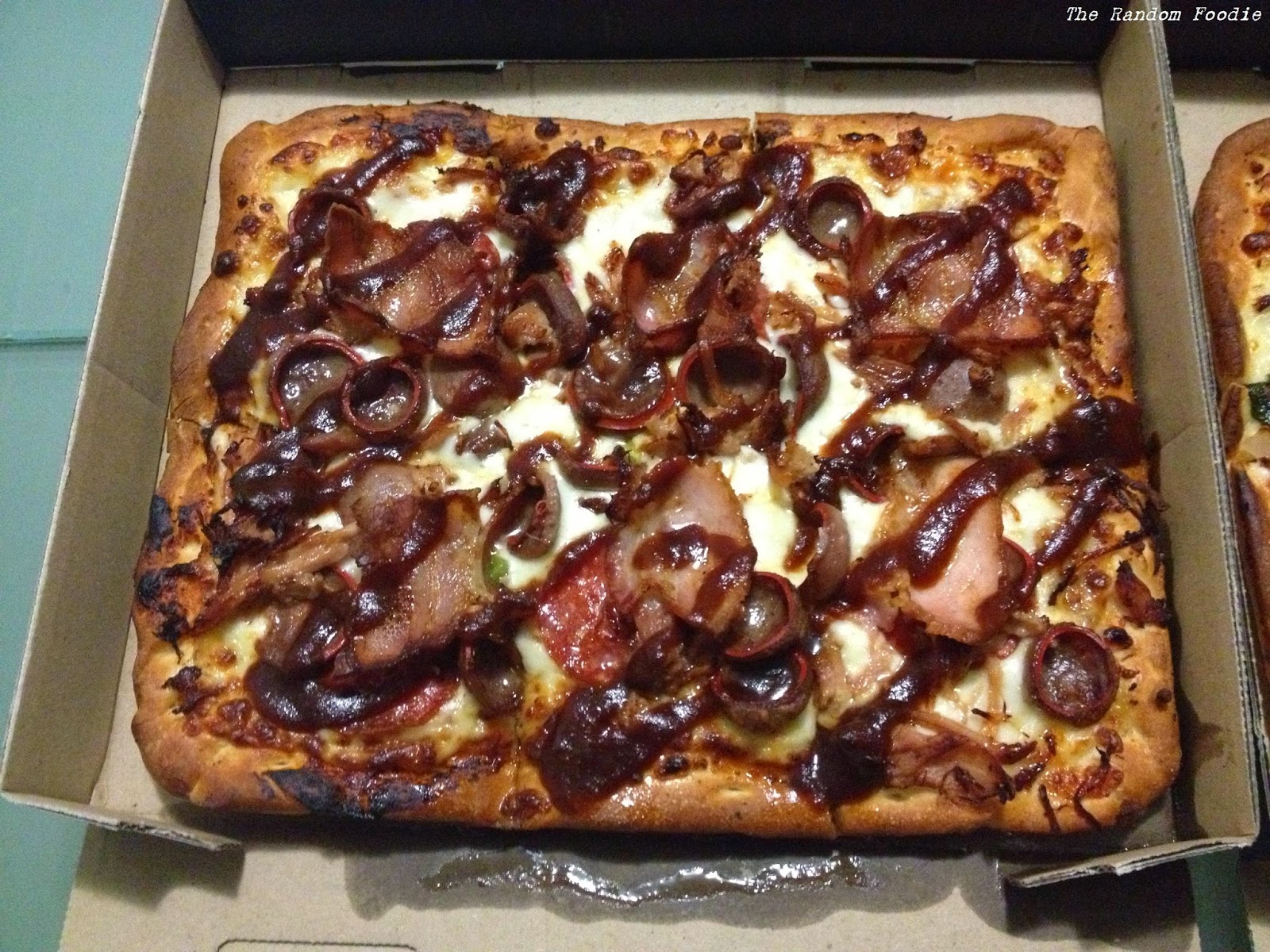 Thought that the Pulled Pork Meatlovers (tender pulled pork, Italian sausage, pepperoni, rasher bacon, mozzarella on a Hickory BBQ sauce) was pretty similar to the regular Meatlovers pizzas except with extra pulled pork. While I liked the smoked flavour and aroma, the abundance of different meats seemed to overshadow the pulled pork. Although the Pulled Pork Meatlovers had the same sauce as the Hickory BBQ Pulled Pork, it wasn't as sweet thanks to the different meats which pleased the folks. It is delicious option though if you love a meaty feast. 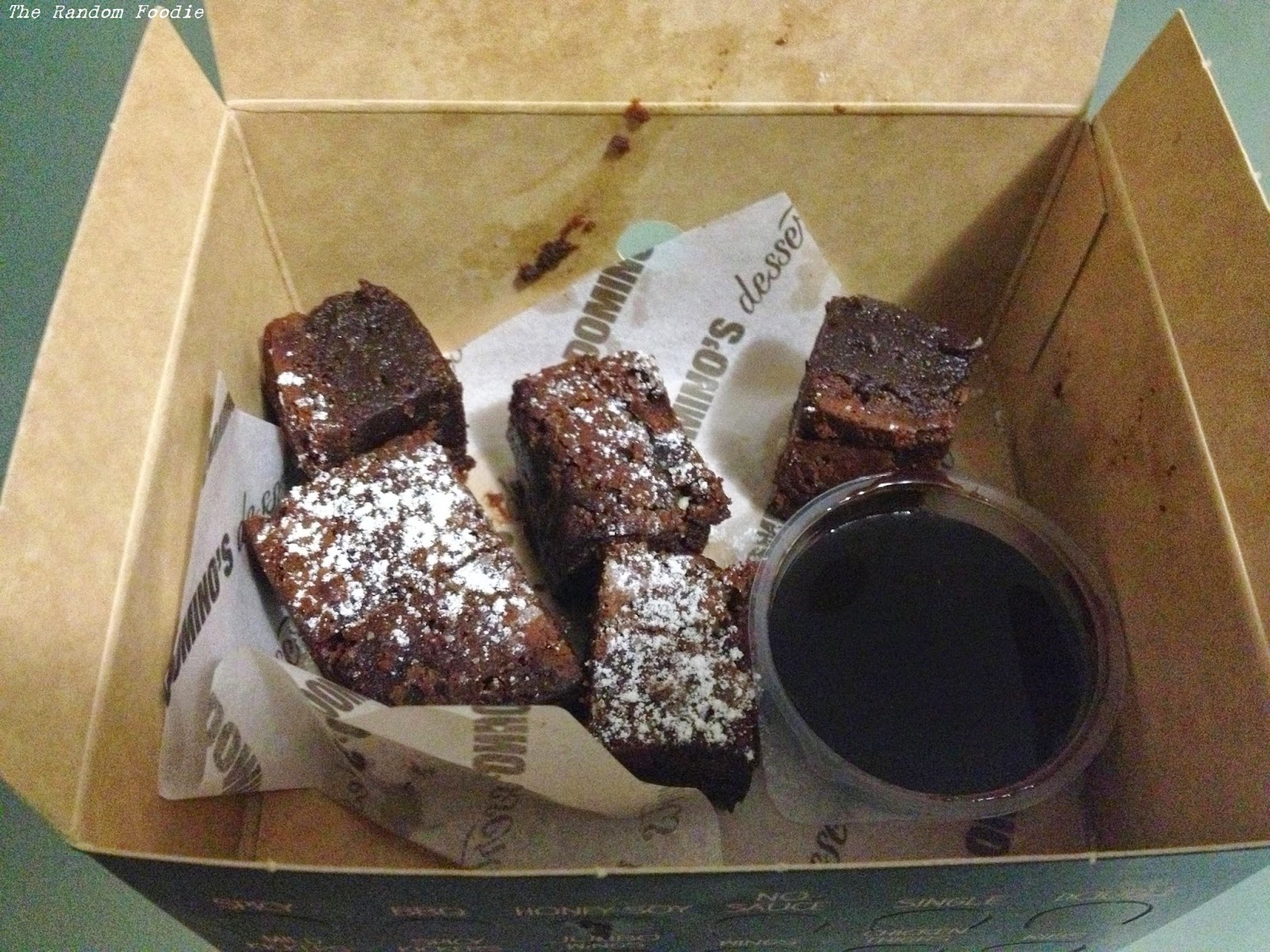 For dessert, we got to try Domino's Belgian Hot Choc Fudge Brownies with hot fudge dipping sauce on the side. Initially I didn't have high expectations but I was surprised at how warm, soft and moist these brownies were. It felt so sinful when you pour the rich fudge sauce all over these baked treats. 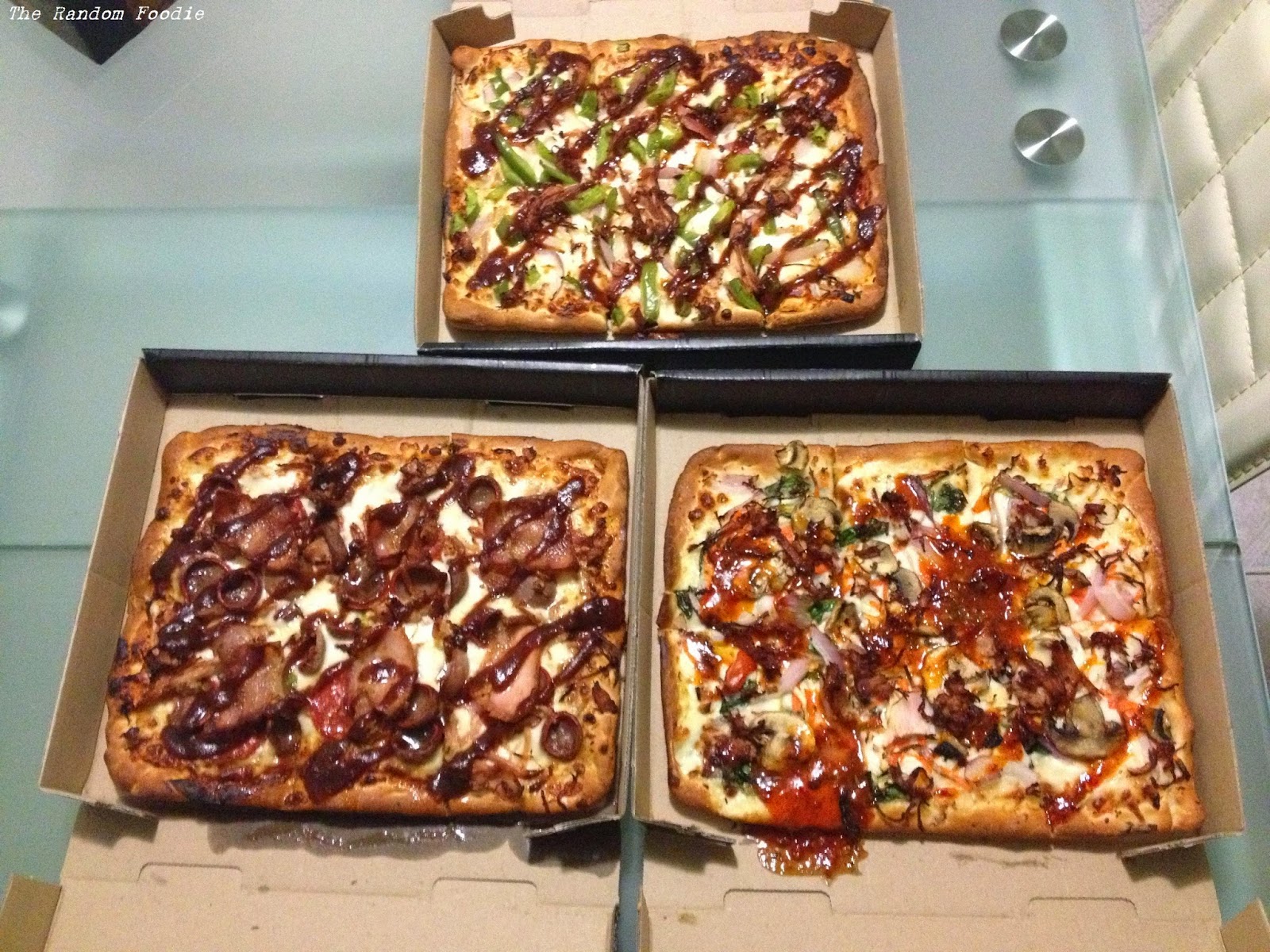 The folks enjoyed it too and it's a good way to take a break from cooking for the night. The three pizzas and the brownies were more than enough for 4 or even 6 people to dig in since we had a good amount of slices for leftovers. While I'm not sure if the pulled pork pizzas will be on the permanent menu, it was a tasty experience trying a new range of flavours with the family instead of the usual favourites.

DISCLAIMER: The Random Foodie was invited to sample the pizzas, courtesy of Domino's Pizza. Opinions are however, my own.