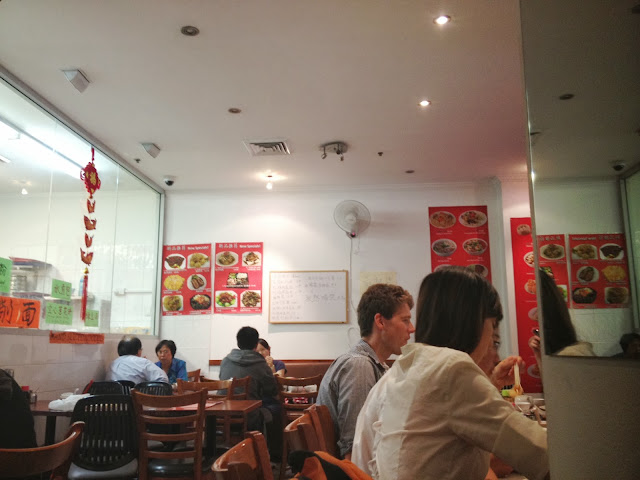 Chinese Noodle Restaurant and it many other branches across the city specialises in Northern Chinese cuisine particularly from the Xinjiang region. This includes the popular steamed, pan-fried and boiled dumplings as well as epically large servings of hand made noodles.

For some reason, I always have cravings for pan-fried dumplings and pork buns. Here, it was the crisp base that is always the winning element for me. When you order dumplings, you get the choice of ordering the full amount or half of it. While I ordered the half-servings, it was still got me filled up thanks to the doughy texture. With these pork buns, be careful when you attempt to bite into them because hot broth can squirt out from the top! I learned it the hard way... 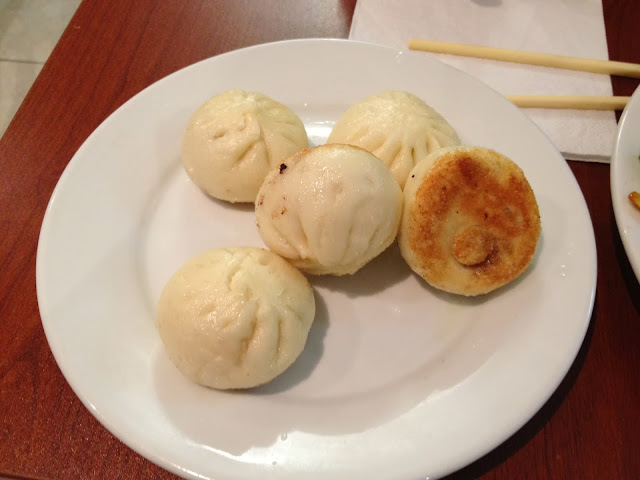 
I guess it didn't help when we also ordered the renowned handmade noodles. This version is stir fried with capsicum, onion, mushroom, celery and your choice of meat (I went with lamb lol). If you only want to order one dish here, this should do you good for lunch and dinner. If you want to order many dishes, bring a few friends because the serving size is suitable for at least 2-4 people. As for the noodles, they were too greasy for my liking but the texture of the handmade noodles is thick, soft and chewy - which is what I loved in this dish. Been addicted to handmade noodles for a while and this is one of my fave places for this type of food so far. 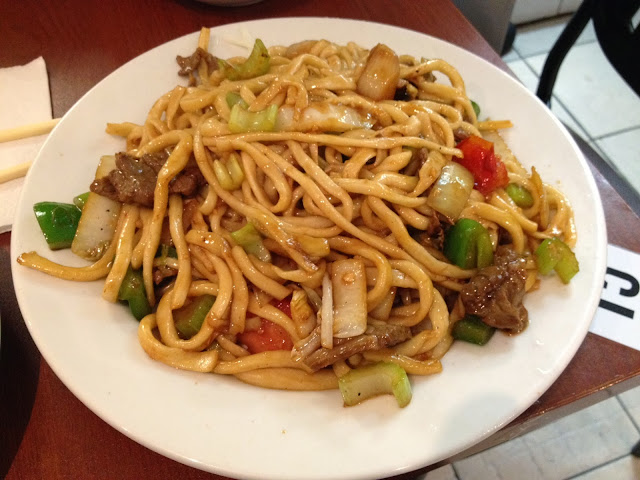 
After reading through the menu and wanting to try some of their dishes, I returned for a second visit a few weeks later. In Northern Chinese cuisine, one of their well known food was a hamburger-like bun filled with your choice of meat. I've seen a similar version elsewhere but was disappointed by it however this version was so tasty and addictive. This version was also toasted which adds a crunch as you bite into the bun. The meat was fairly tender with bursts of spices in its flavour. Will consider order this again next time. 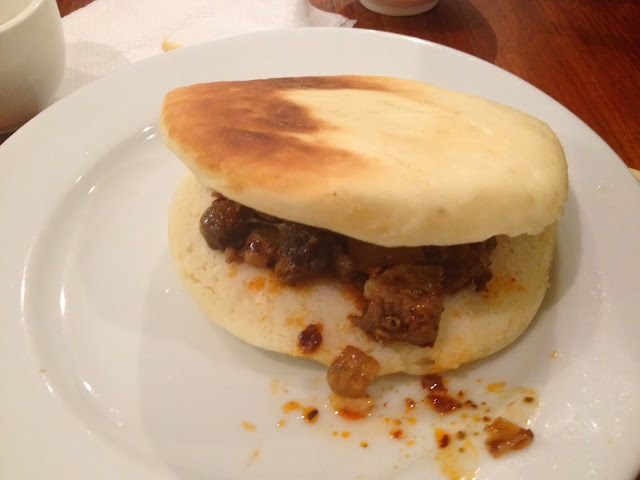 
While I did order a half serving of 6 pieces, I was pretty surprised when the full load of 12 dumplings arrived to the table. Like the pan-fried pork buns, these dumplings have that crispy bottom that I prefer as well as the piping hot broth. I also enjoyed the filling of the dumpling as it was tender and juicier than dumplings at some other restaurants where the texture of the same filling was tough. The dumpling dough was thick so this gets you full very fast even if you order just this one dish alone, half-servings or not. 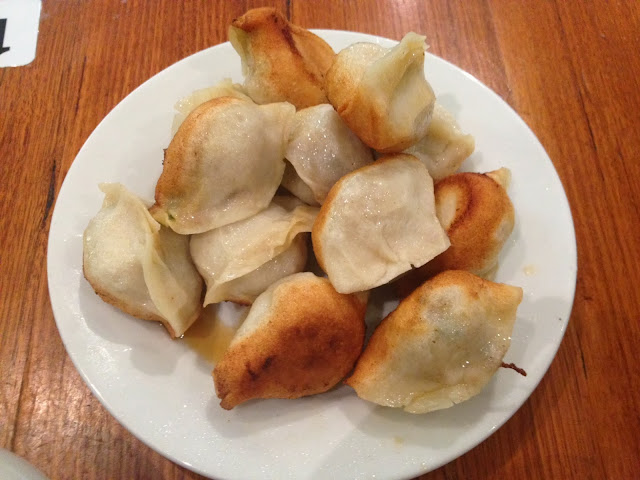 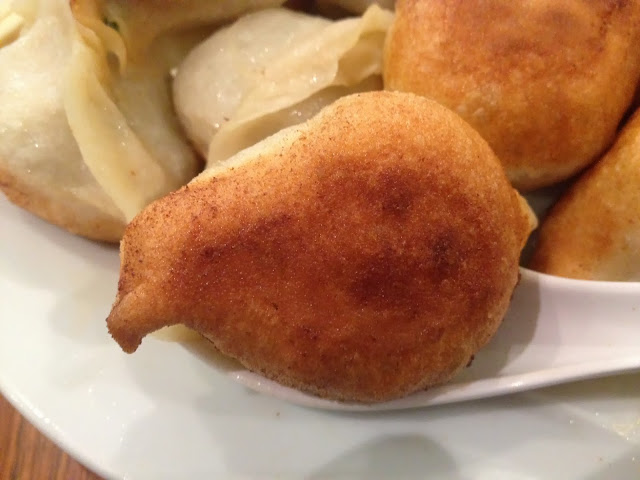 That crispy pan-fried dumpling base!

These noodles may not look pretty but of course it's the taste that matters the most. This certainly delivers with this particular dish. The minced pork scattered on the handmade noodles reminded me of spaghetti bolognaise. This is combined with fresh sliced cucumber that tastes nice together once the amount of minced meat, oils and carbs from the noodles gets too much to handle. 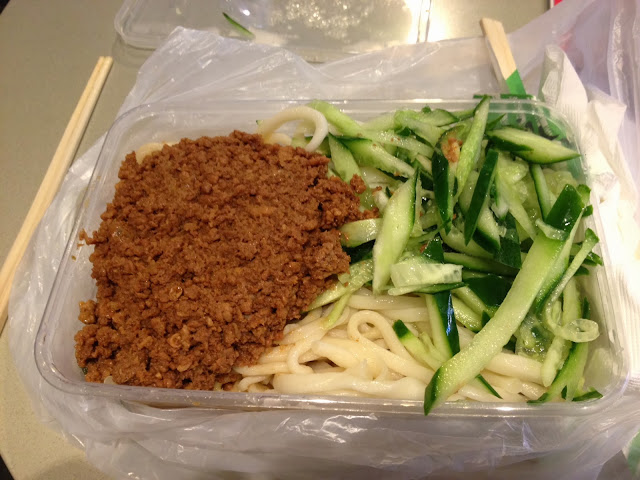 
The service has its ups and downs at times. While I have been greeted with a smile by the staff member sometimes, there was that mishap with the ordering of the pan fried dumplings as mentioned above but it didn't fuss me in the end. Sure the food may not look pretty or fancy, but what really matters is delivering generous portions of food and quick speed for extremely affordable prices. It's that cheap and cheerful vibe that gets me going back to this restaurant fairly often these days. And while the plastic grapes may not be hanging on the ceiling like at the Haymarket branch, the violin-playing owner pays a visit every now and then to impress the diners and anyone walking past the restaurant on the street. 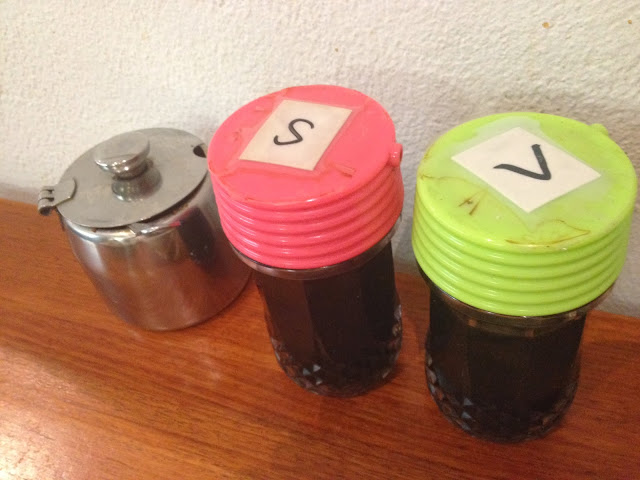