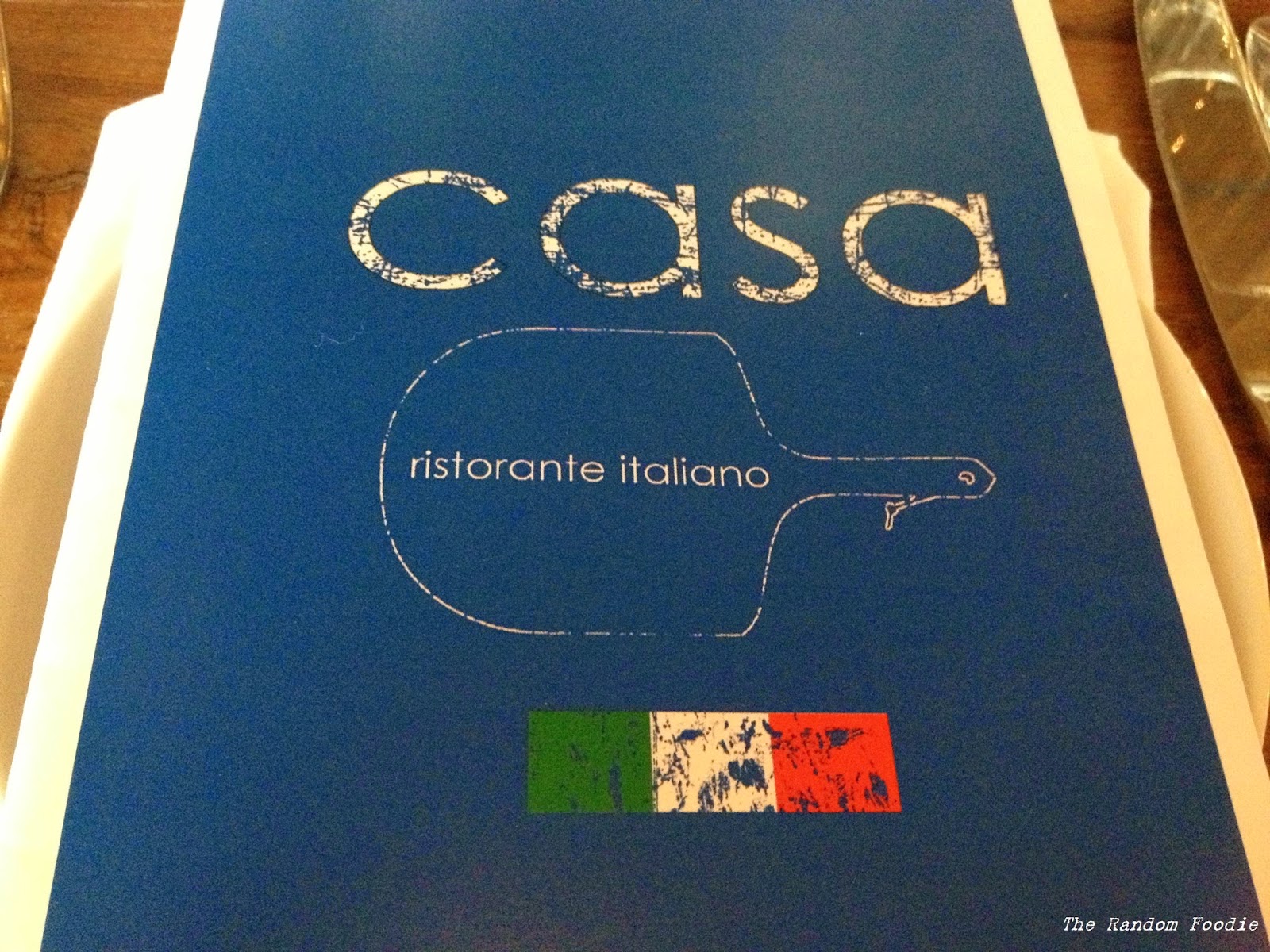 When you contemplate on dining at King Street Wharf, the first thing that comes into mind is overpriced and average food that is better suited to tourists than locals. Usually I hang around King Street Wharf whenever one of my friends is having a birthday at places like Cargo Bar or Bungalow 8 but rarely for lunch or dinner. At times when I have tried food in the King Street Wharf or Cockle Bay Wharf areas, it did not stand out to me as much compared to many other restaurants elsewhere. Recently I received an invite to check out the reopened Casa Ristorante Italiano (previously known as Casa di Nico) and its revamped menu. 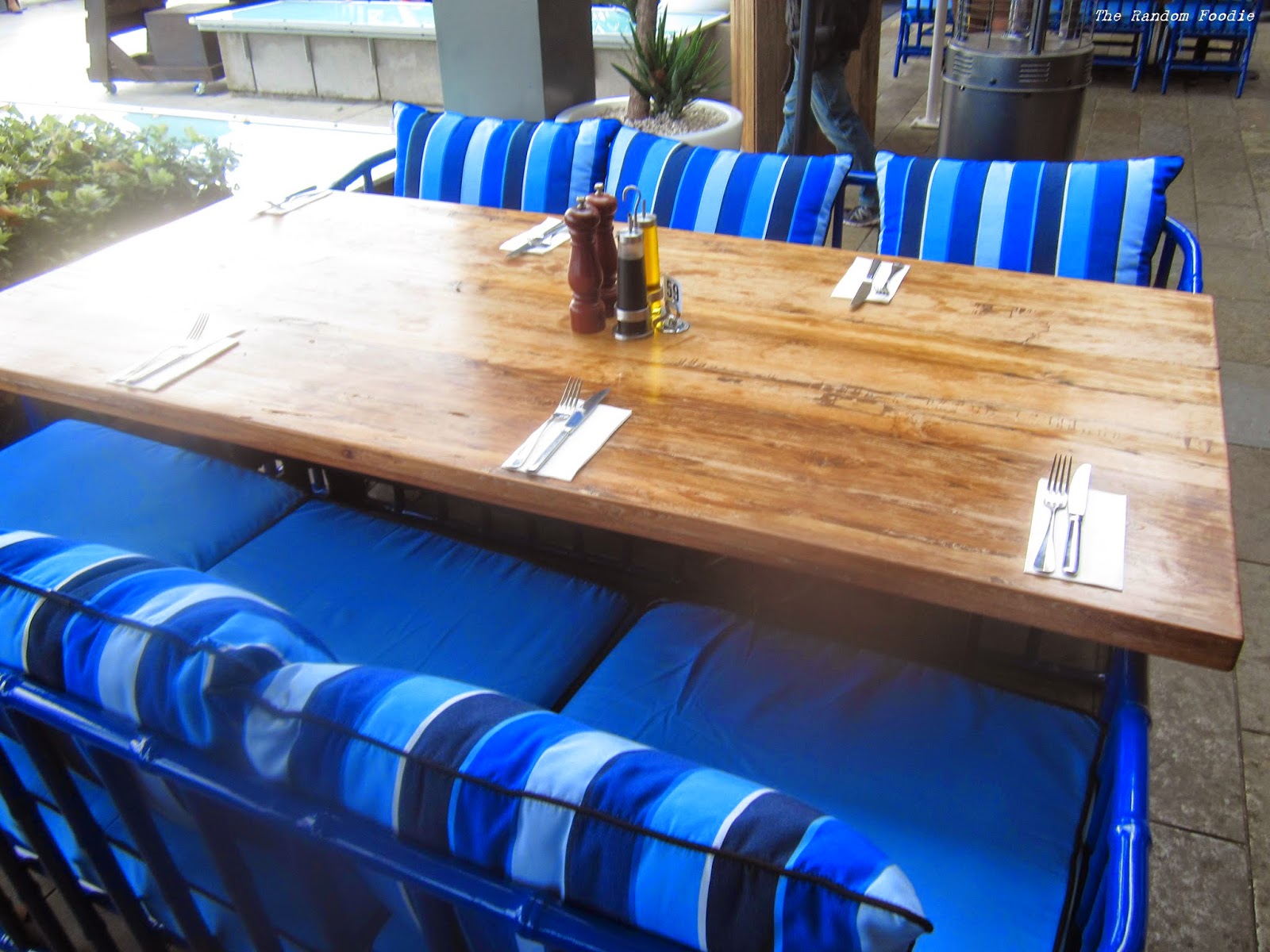 Casa Ristorante Italiano was owned by The Platinum Restaurant Group who oversees numerous other waterfront restaurants including Cockle Bay Wharf's The Black Bird Cafe and Manly's Whitewater Grill to name a few. The renovations for this restaurant was designed by the team at DS17 (who also looked after the fit outs for Alpha and China Republic), which now includes a woodfired pizza oven and a grocery display near the kitchen. 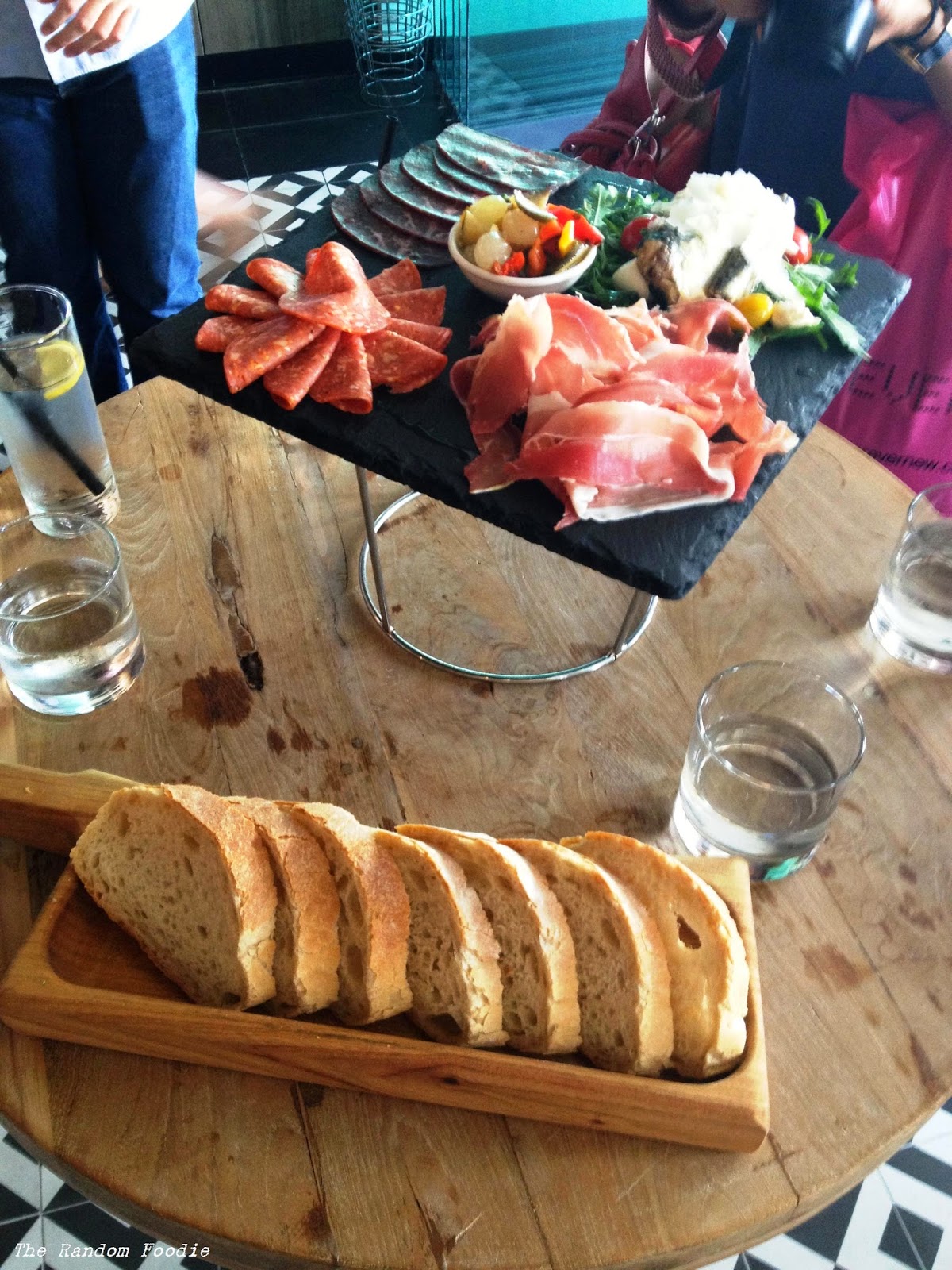 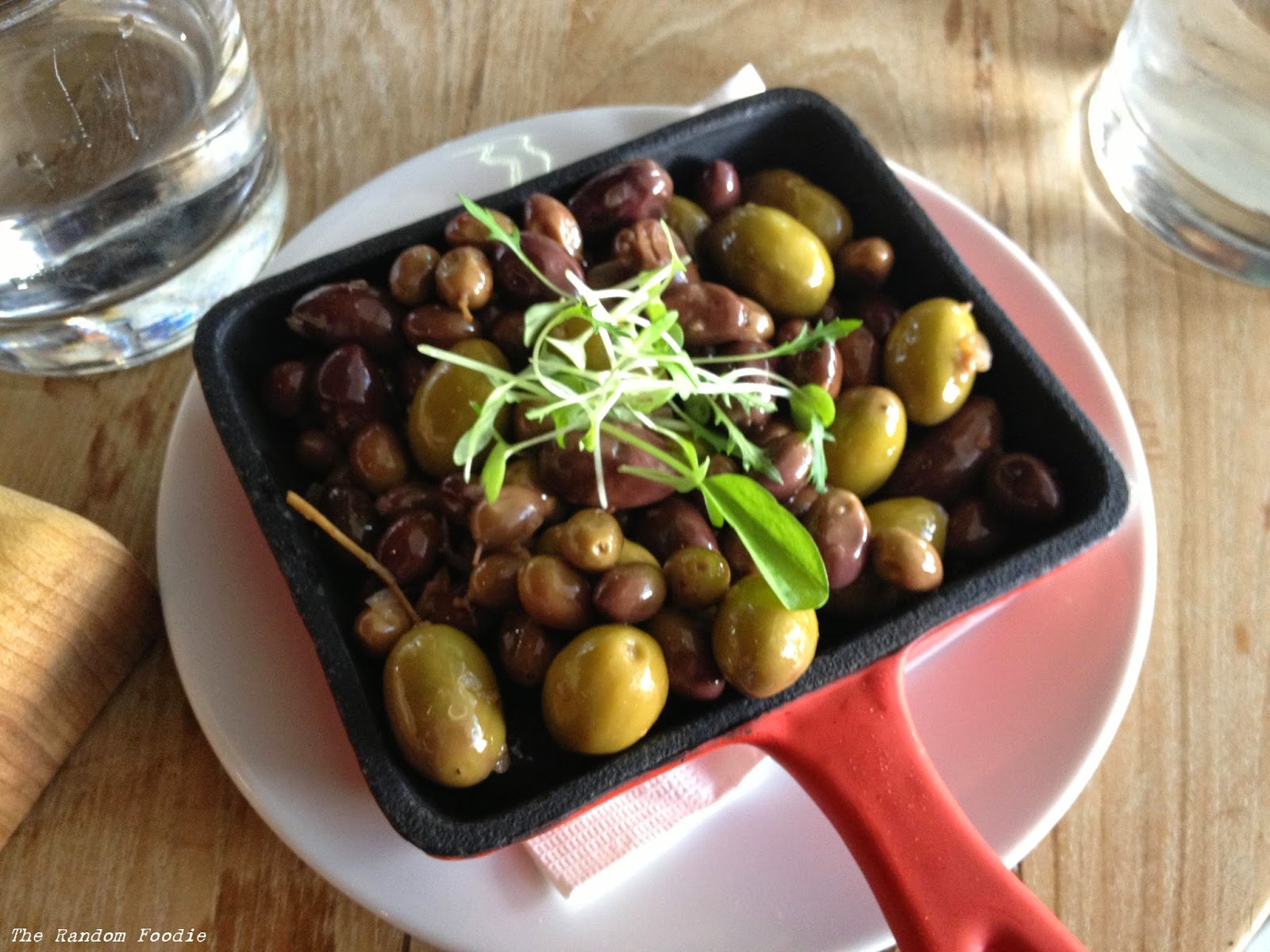 As always, it's lovely catching up and meeting fellow food bloggers as we dig into the anti-pasto platter of cured meats, pickled vegetables, cheese and olives. Was so good that I nearly got greedy especially with the cured meats and the olives - but resisted temptation knowing the feast coming up. 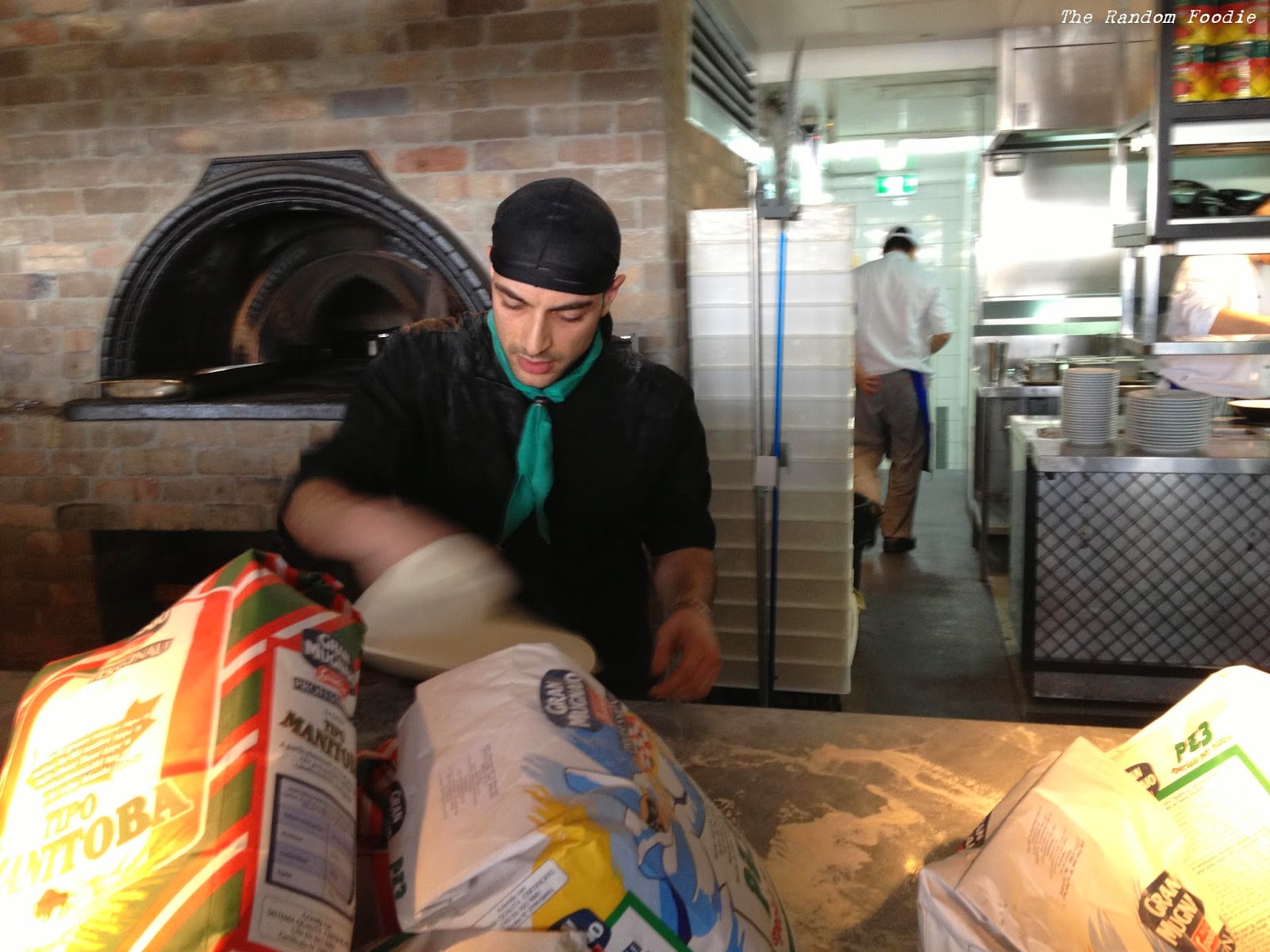 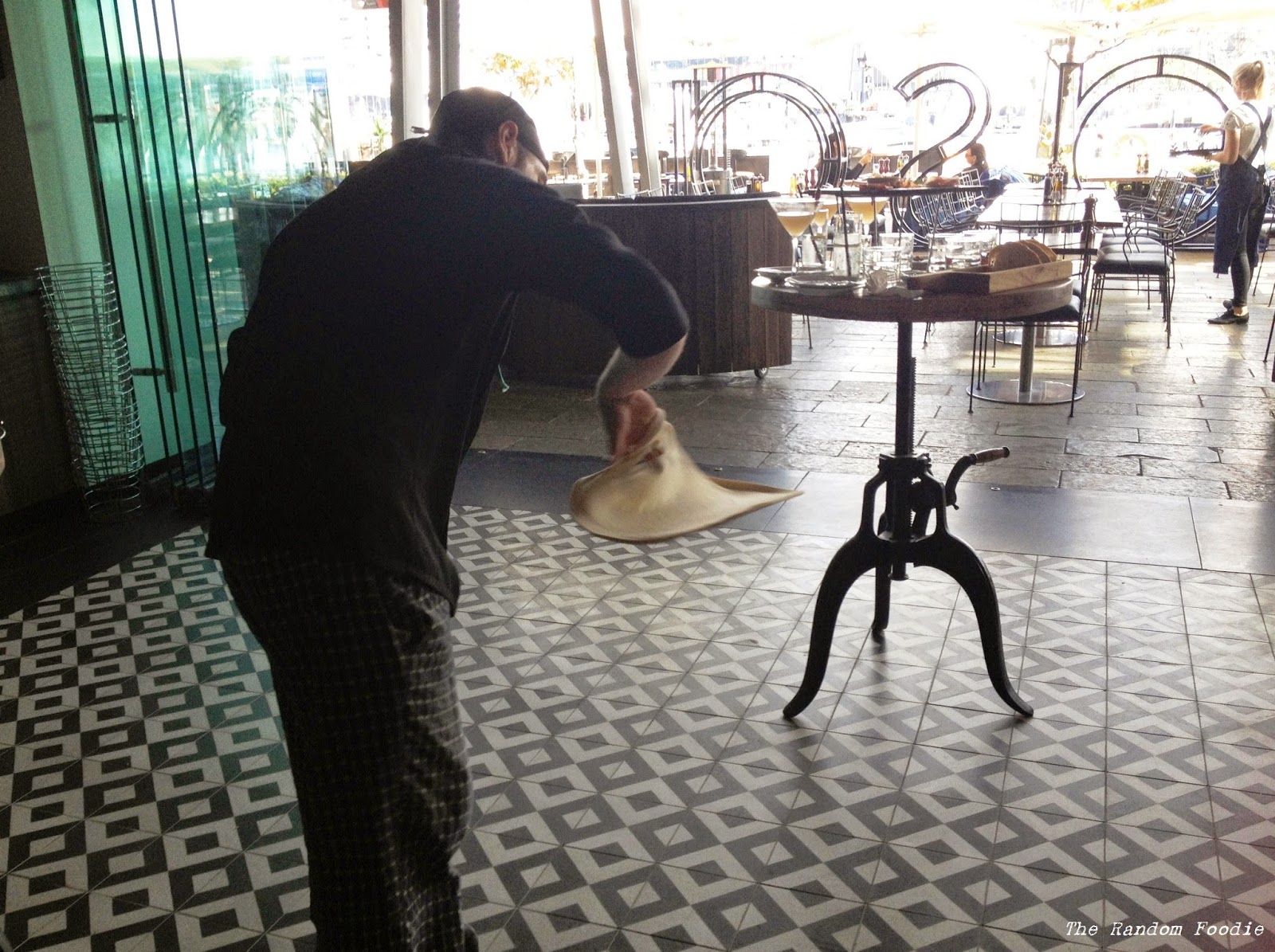 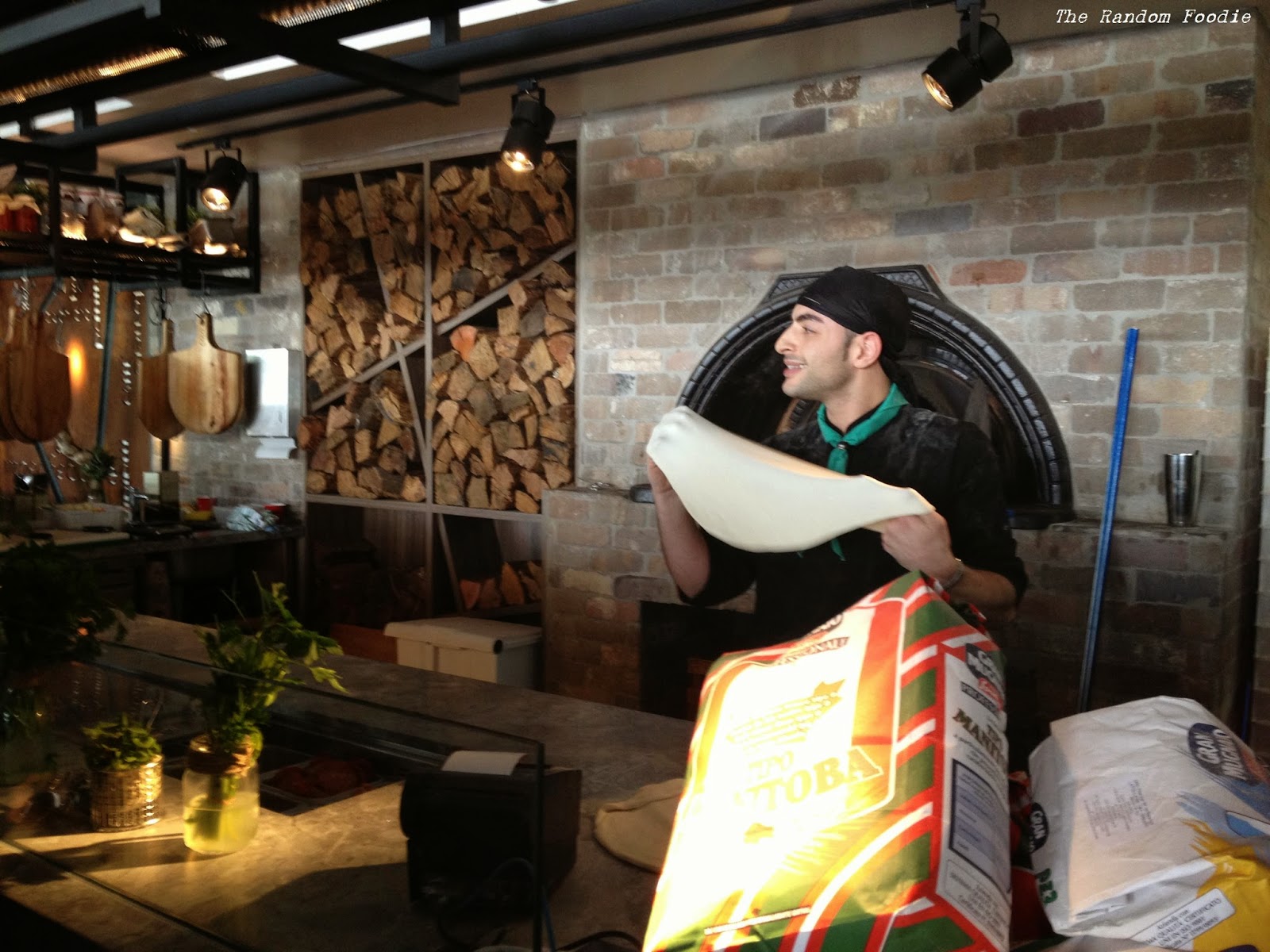 Before we were seated at the private dining room to begin the Italian feast, we were treated to a pizza spinning demonstration by Sicilian-born pizza chef, Salvatore D'Avola. And by pizza spinning demonstration, I also meant juggling, acrobats and even breakdancing. With pizza! OMG. Salvatore himself said that he had been spinning pizzas for more than 20 years and self-taught himself to perform all those acrobatic moves. 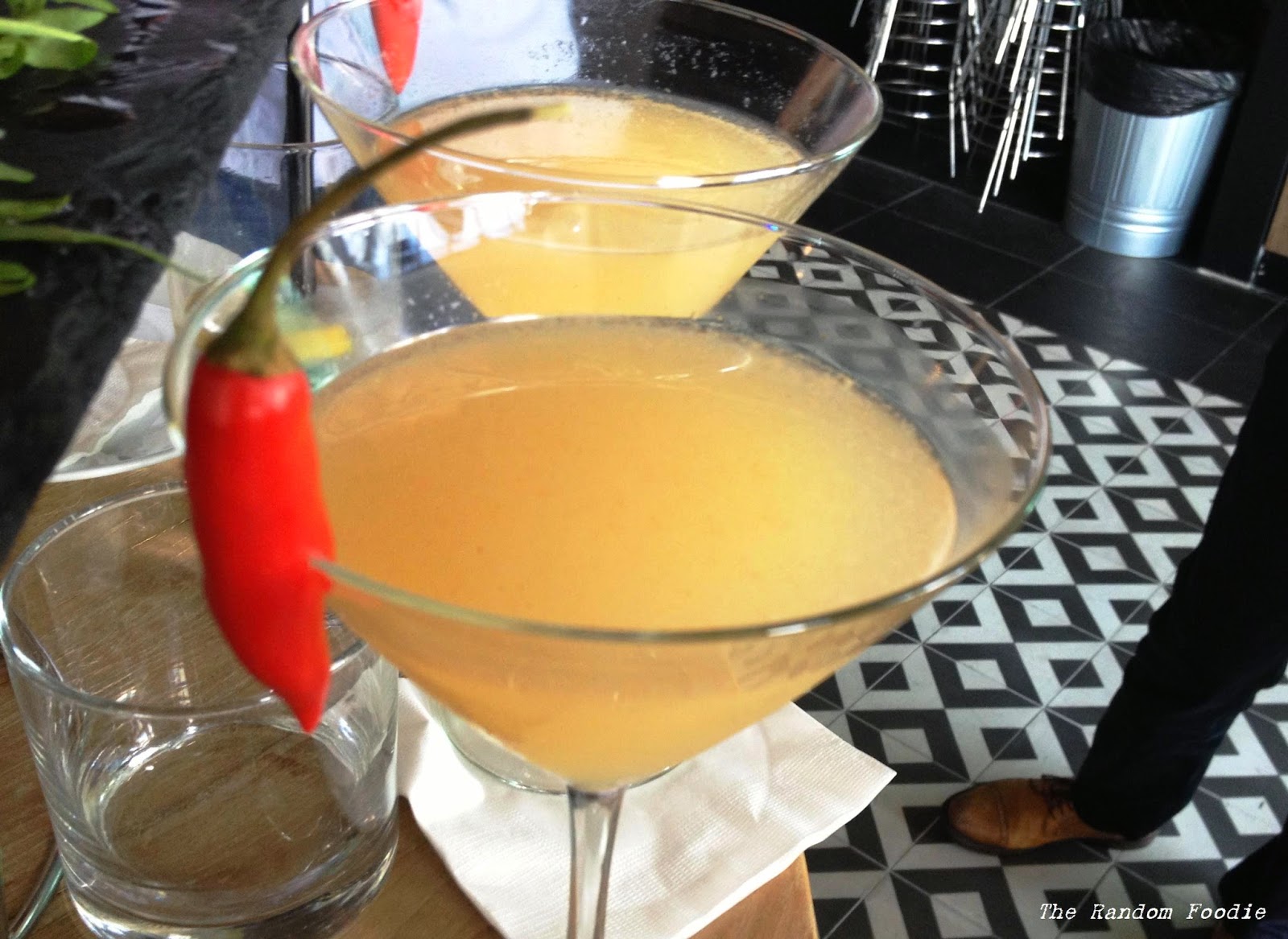 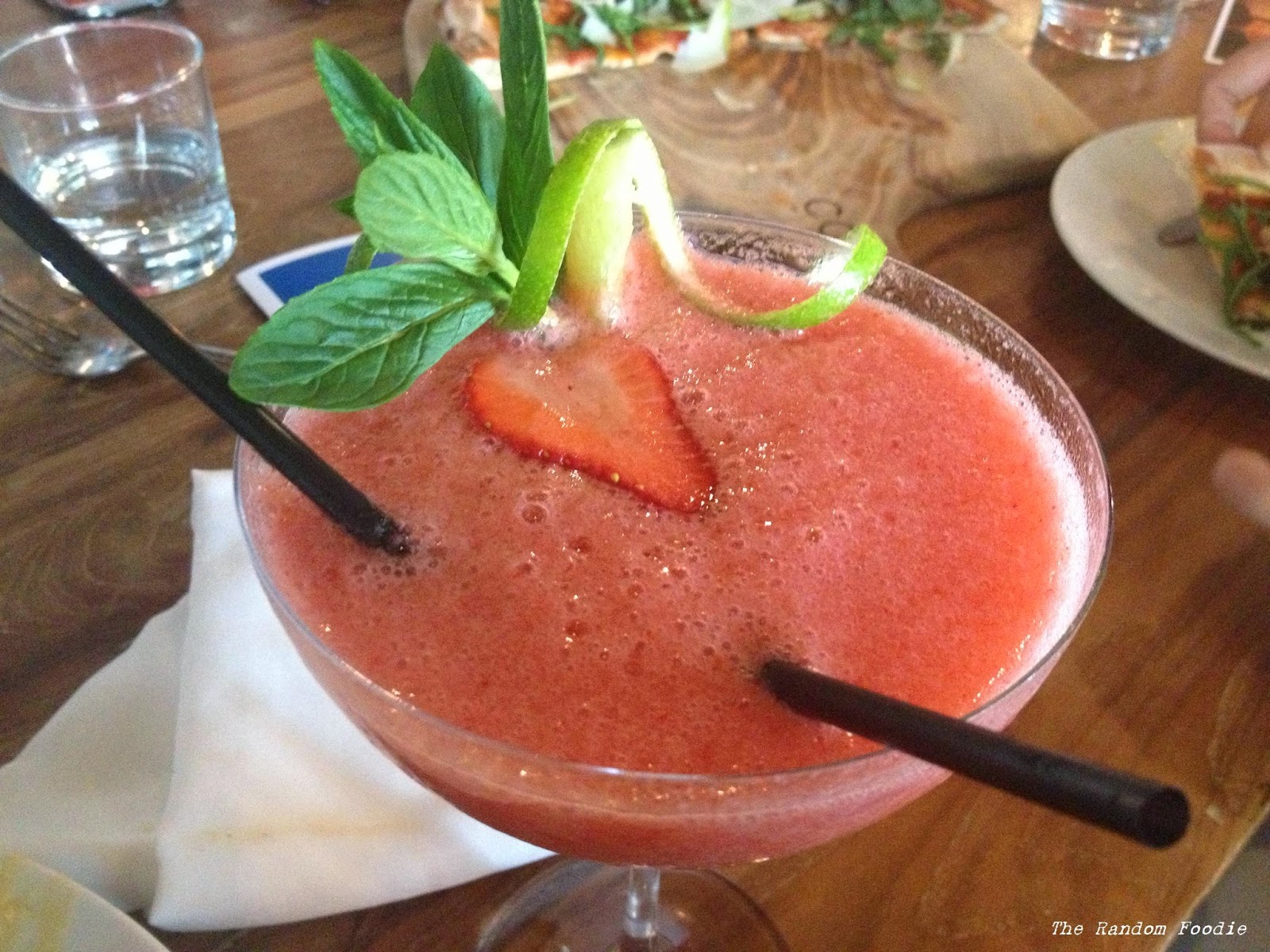 Even though it was only around 1:00pm, I could not help but order a couple of sneaky cocktails to start off my day. The massive chilli for the spicy lychee martini definitely packs a punch although it was surprisingly sweet at the same time. Also grabbed a strawberry daiquiri, an old fave of mine from my younger drinking days. Definitely one of the better versions I've tried thanks to the sweet flavour that will be perfect on a warmer day - and it looks so pretty too! 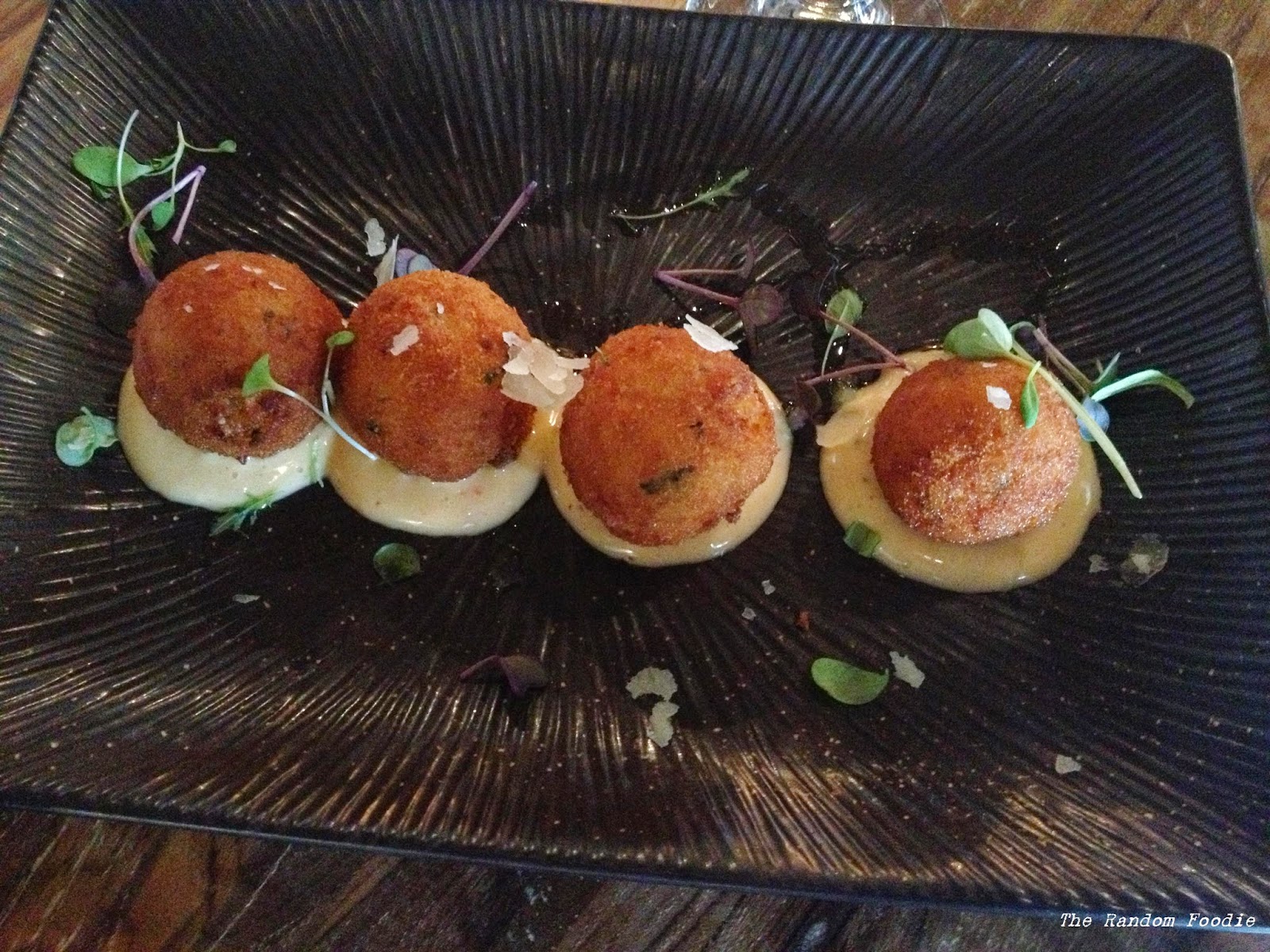 We started off with fried arancini balls with pumpkin and smoked mozzarella which was incredibly tasty and addictive. While it had a nice crumbled coating, the texture of rice was creamy but not too hard nor was it too soft. It also had a sweet and lightly spicy finish when dipped with the chilli mayo on the side. 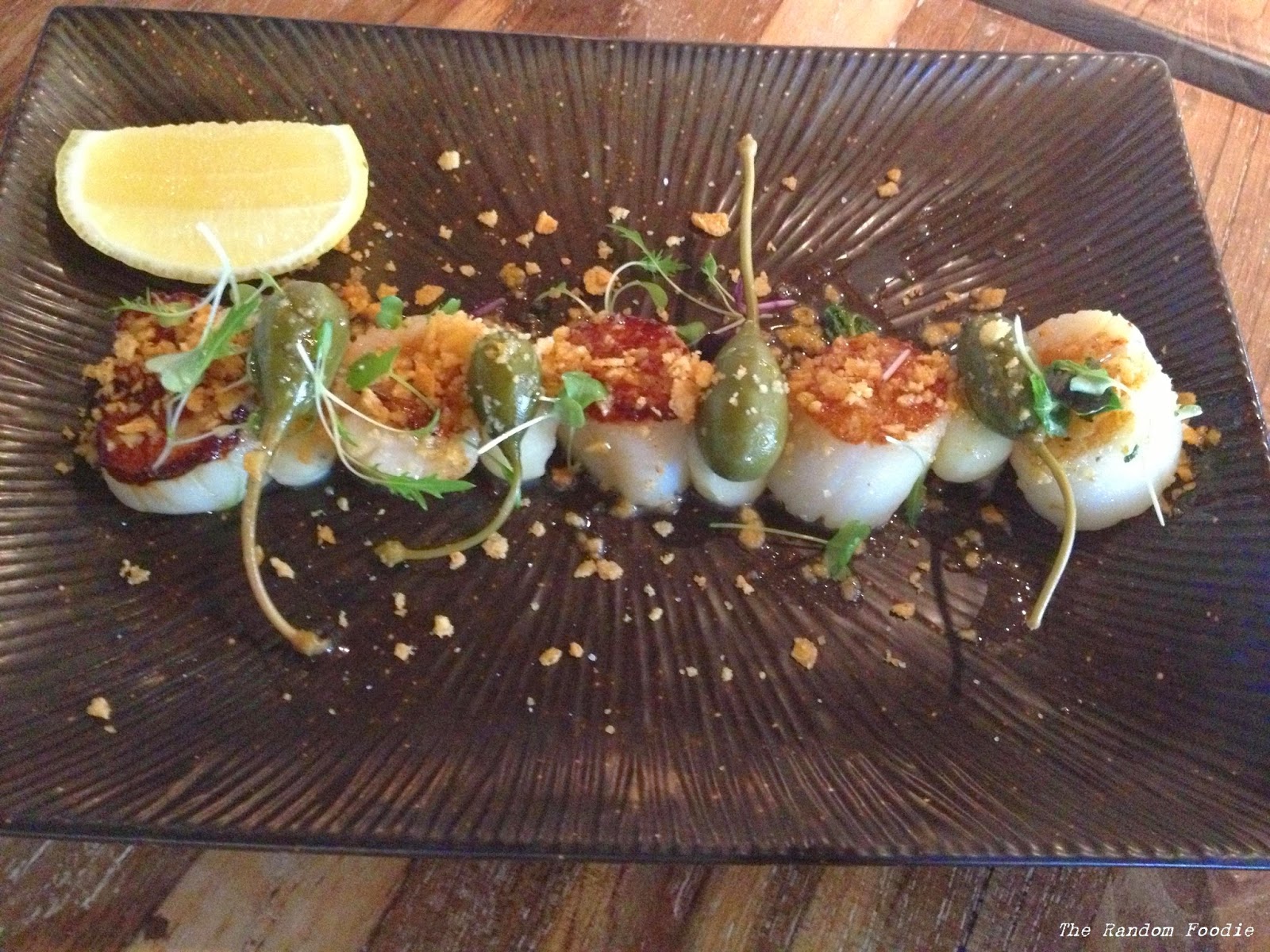 Personally, I really enjoyed the seared scallops with parsnip puree and garlic which was topped with caper berries and homemade crumbed potato chips. Seriously, I had no idea that the crunchy topping was potato chips (thought it was breadcrumbs or pangrattato) but it worked perfectly with the juicy scallops. I was surprised at how much I enjoyed the zucchini stuffed with goat's milk fetta black olives, semi-dried tomatoes and chilli jam. It was more saucy and less cheesy than I expected thanks to the tomatoes and olives. 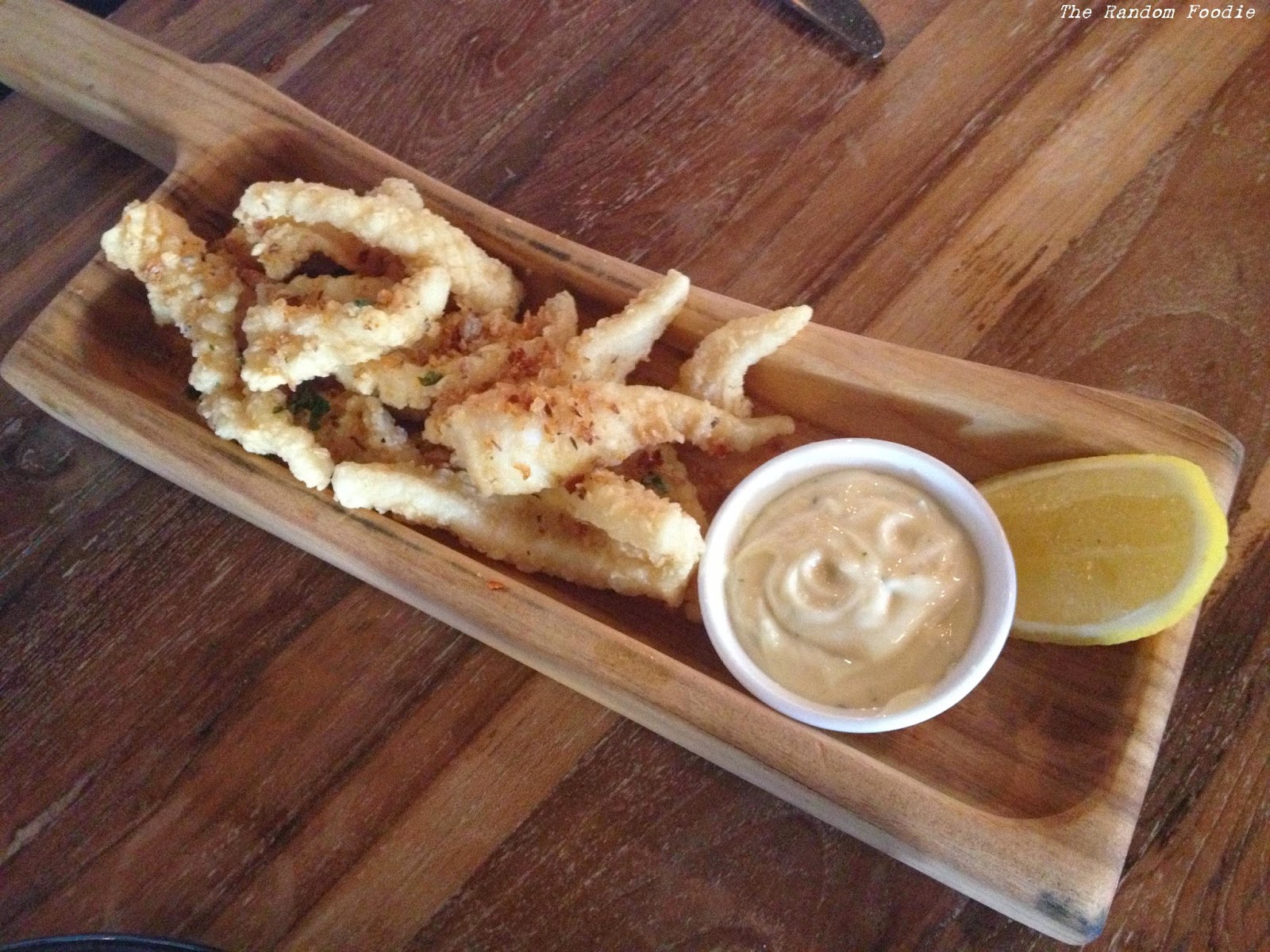 I enjoy eating calamari wherever I go whether it's at an Asian restaurant or a European one. The calamari served with chilli, basil, parsley and aioli at Casa's was very popular at the table that it was nearly gone by the time I got my hands on it. It was full of flavour especially with the seasoning and the crispy batter was so good that it just makes you want to try more and more. 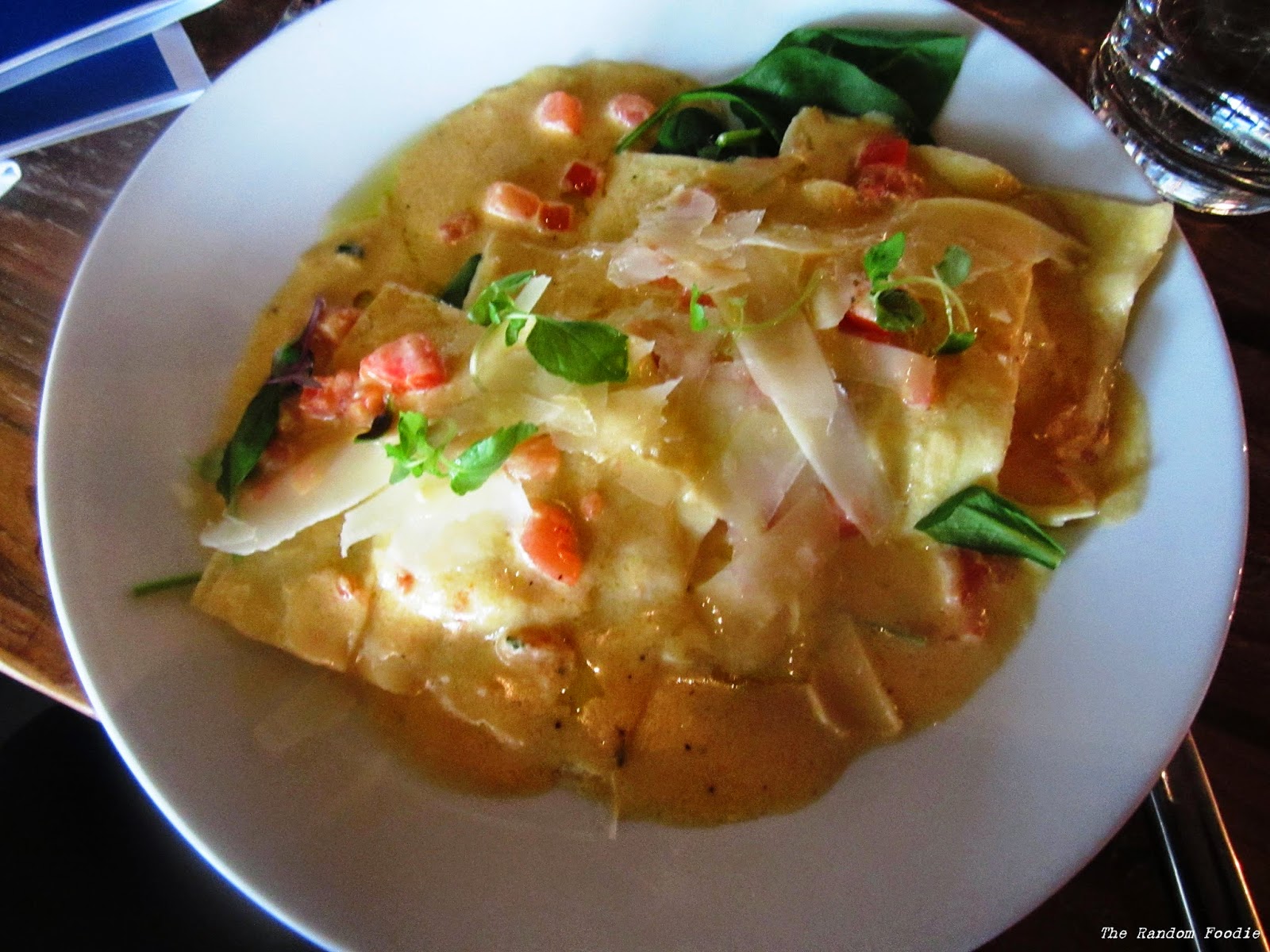 After the shared plates of entree dishes, we all picked a main dish of our own choice from the menu. So much to choose from though my main dish choice was surprisingly good. Regular readers or those who know me personally will most likely know two things. First, I do not like creamy dishes including pastas. Second, I LOVE crabs and lobster. So when I encountered a dish that has crab and lobster but is also cream-based, I gave in . While the shellfish butter sauce was thick and rich than what I'm used to, the pasta was well cooked and bitey. Plus the crab and lobster filling was packed into the pasta in generous amounts which puts a smile on my face. 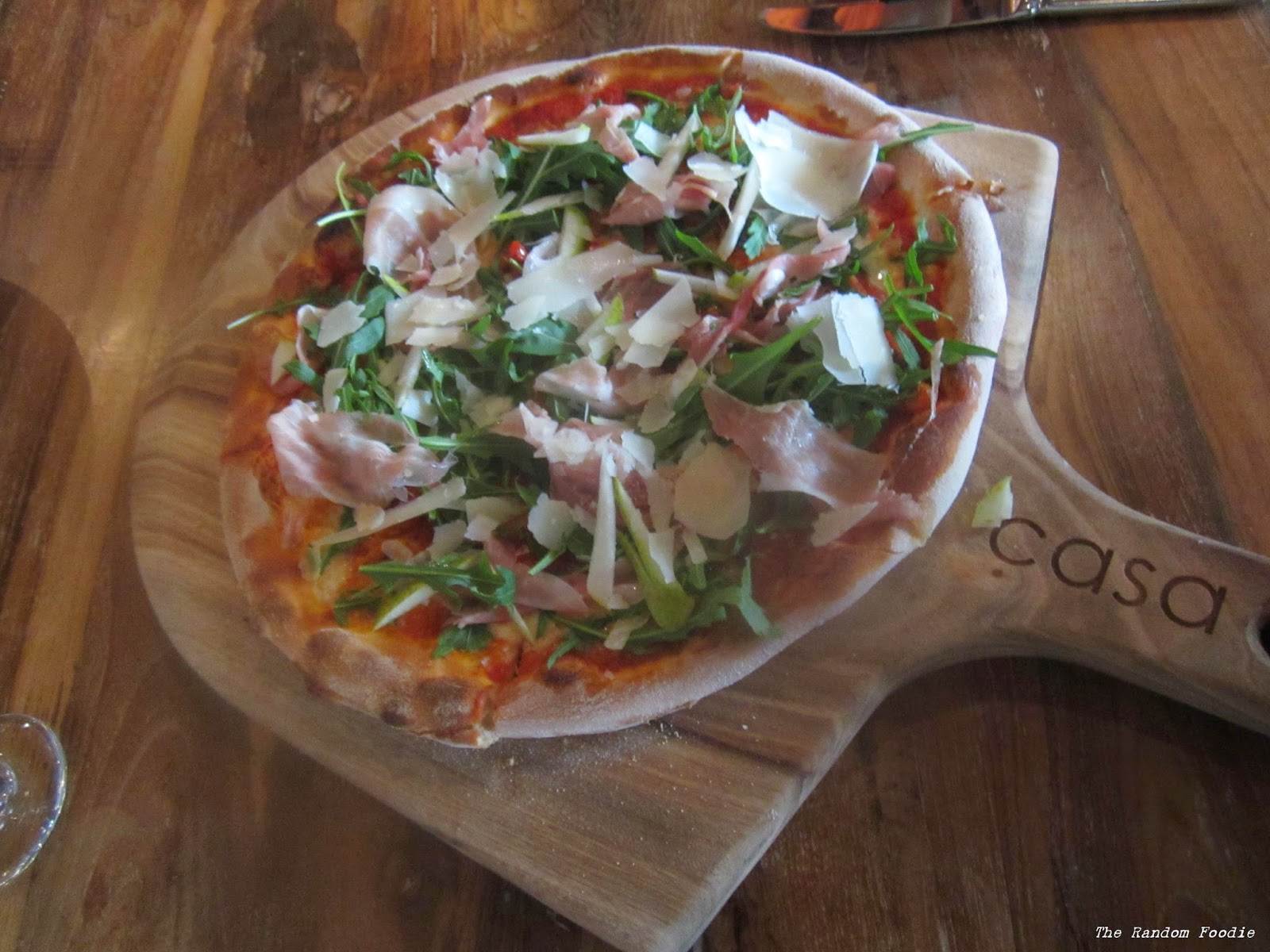 The only other main dish that I tried was a couple of slices from the Romagnola pizza that Irene from Irene's Getting Fat ordered. After seeing the pizza demonstration, we were curious to see how it tasted after that workout. While it was too big for us to finish (especially since everyone else was getting full), the pizza was satisfying for me with the thin crust and the generous but fresh toppings. Wouldn't mind eating more of this if I wasn't having a food coma by this point. 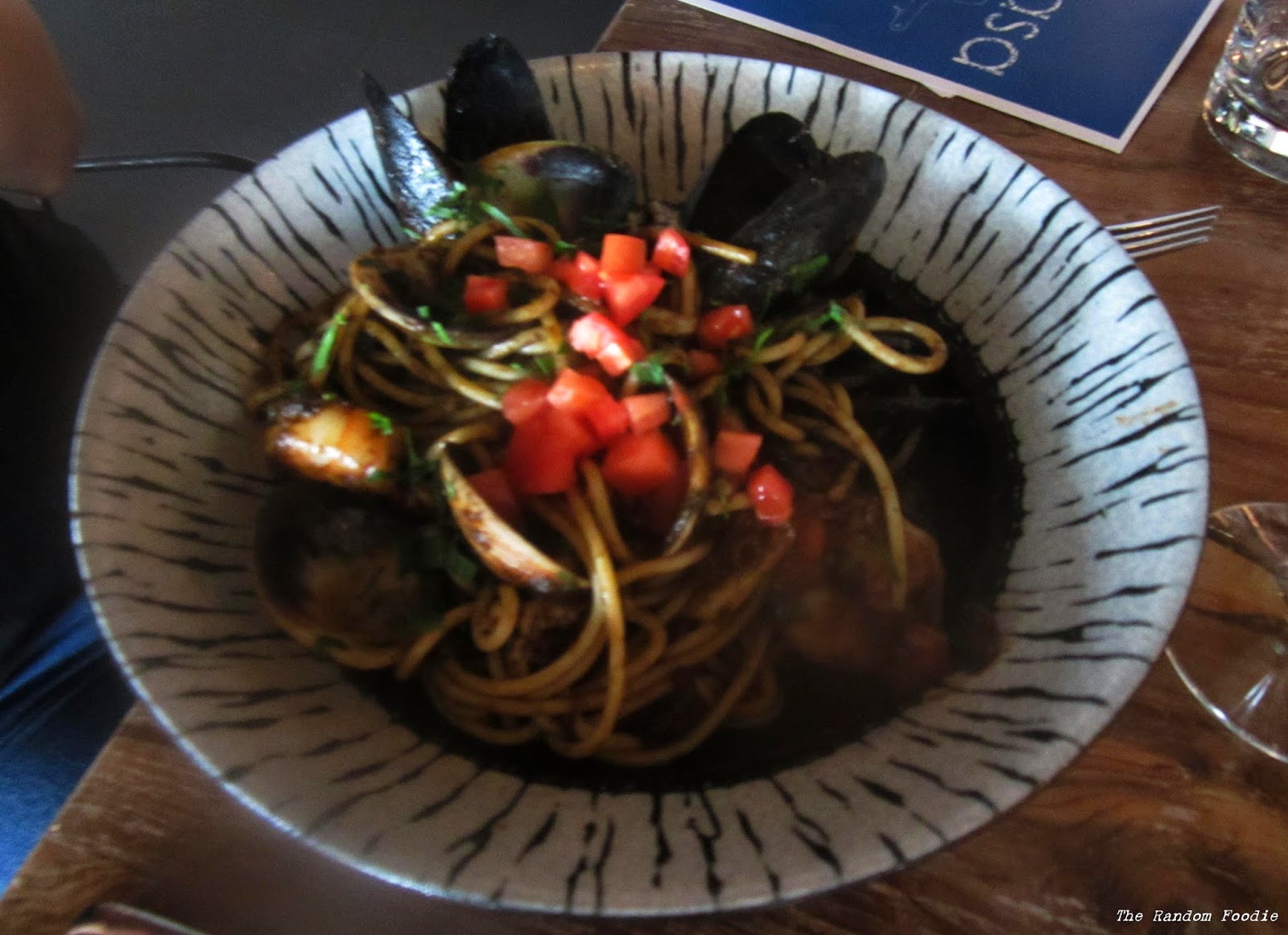 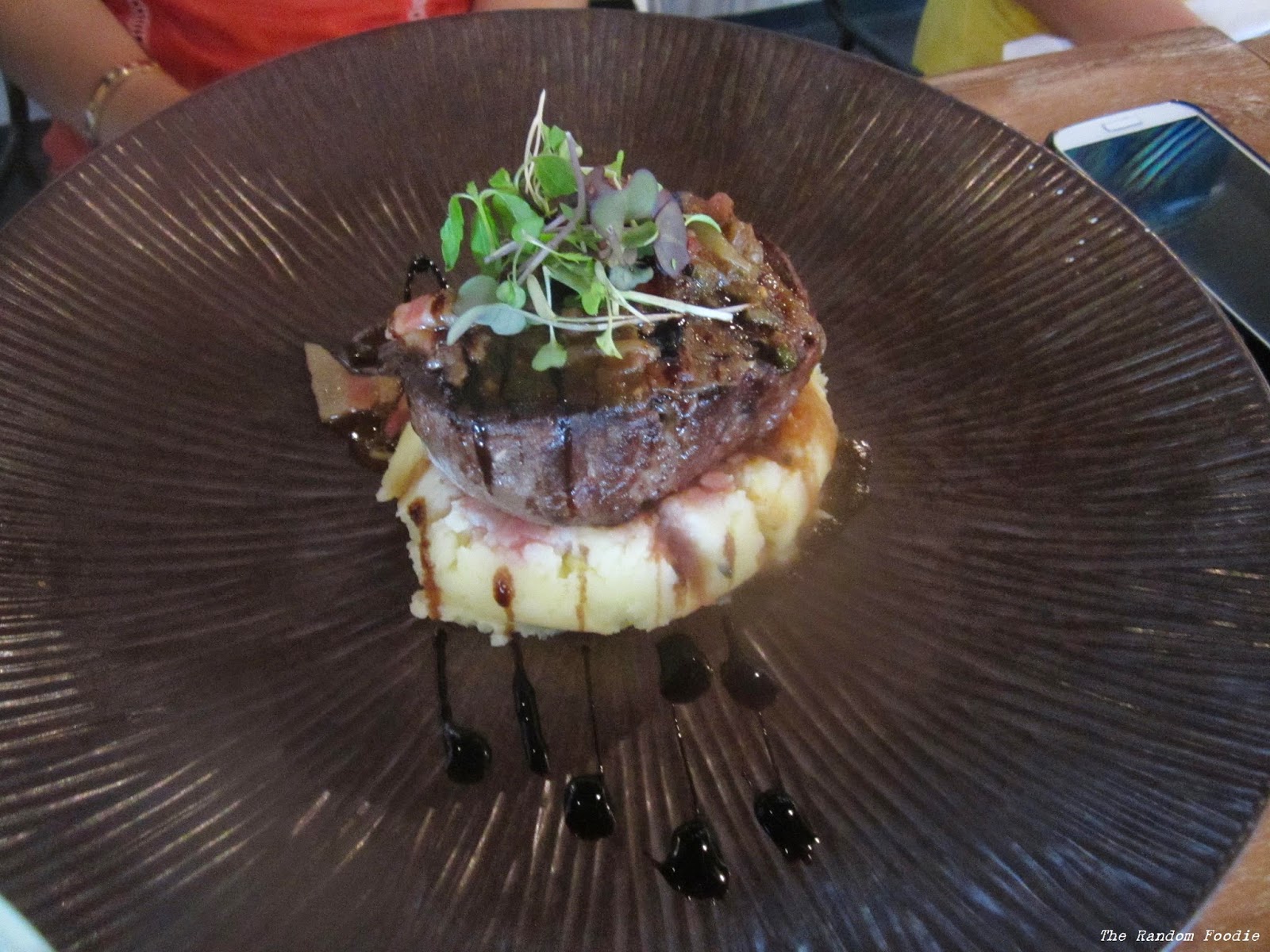 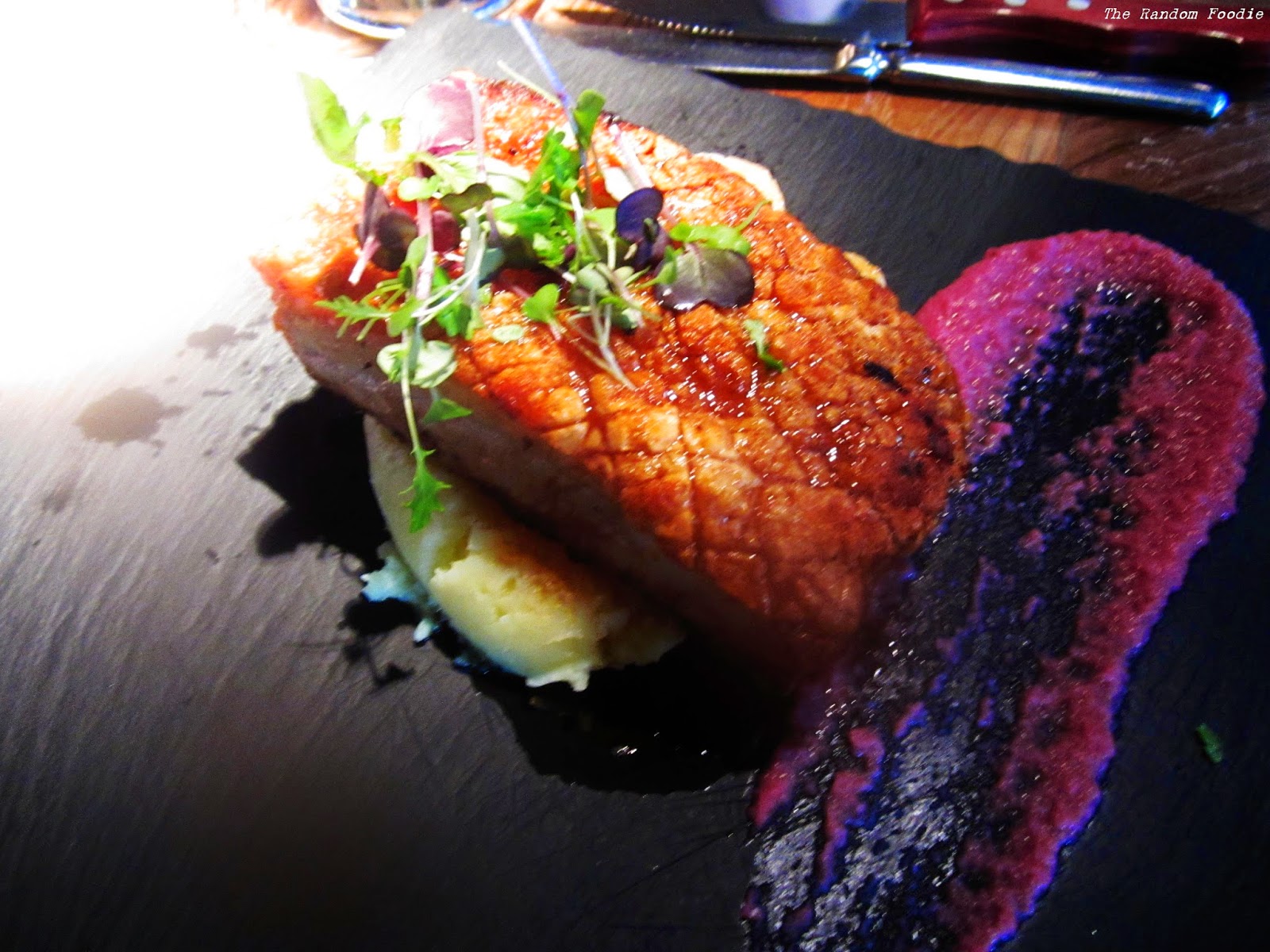 Crispy Pork Belly with truffle mash, seared scallops and cabbage finished with apple mousse and cider reduction ($32.90) - this dish got everyone staring and drooling! 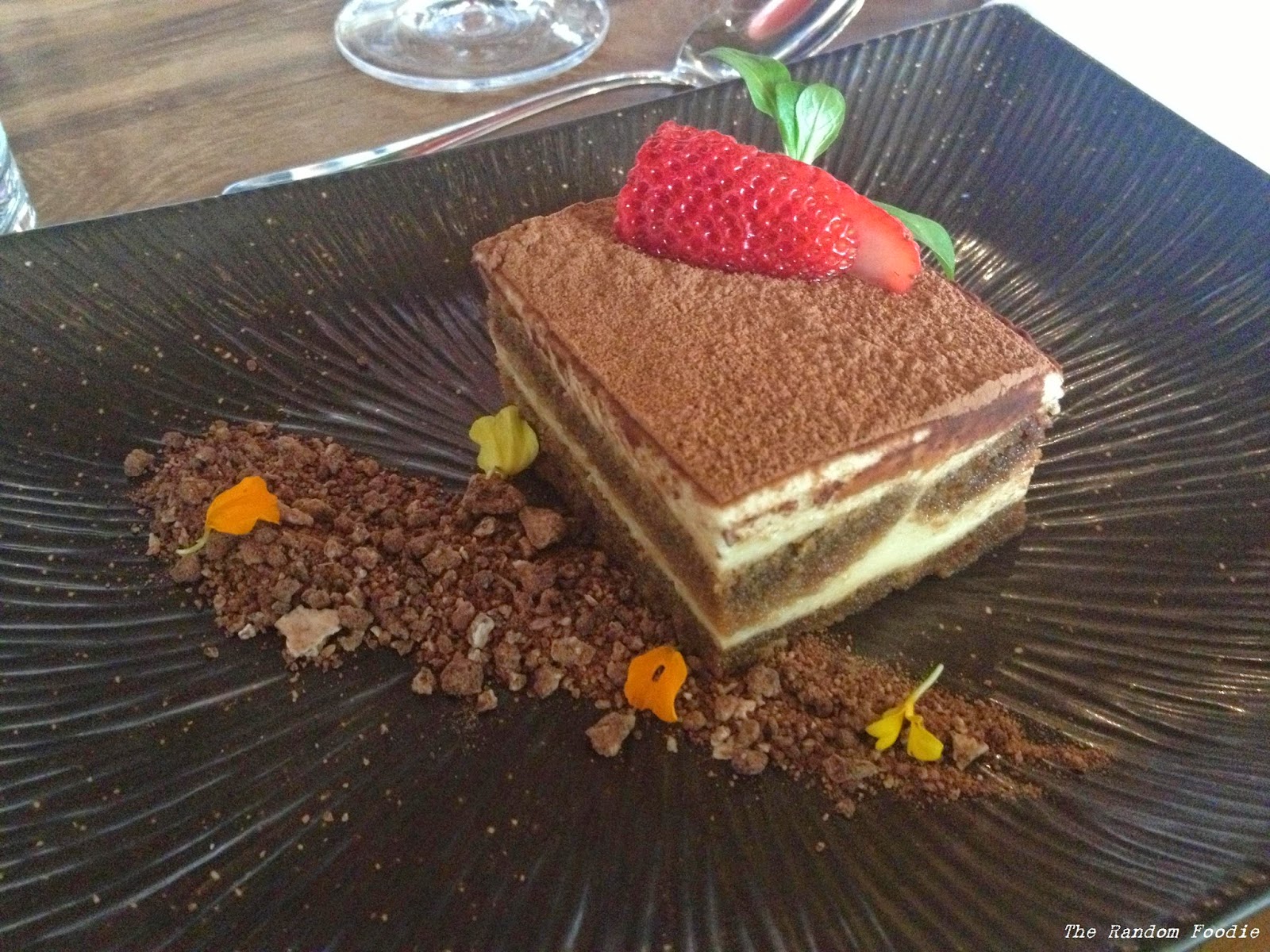 I was unsure if I could handle dessert but I was glad when I saw what was offered. There were three dessert dishes which all looked indulgent no matter which one ends up on my side of the table. I ended up with the tiramisu which was creamy, rich and not too bitter. I especially loved scooping up the chocolate soil decorated with edible flowers. One of the better tiramisu dishes that I've tried so far. 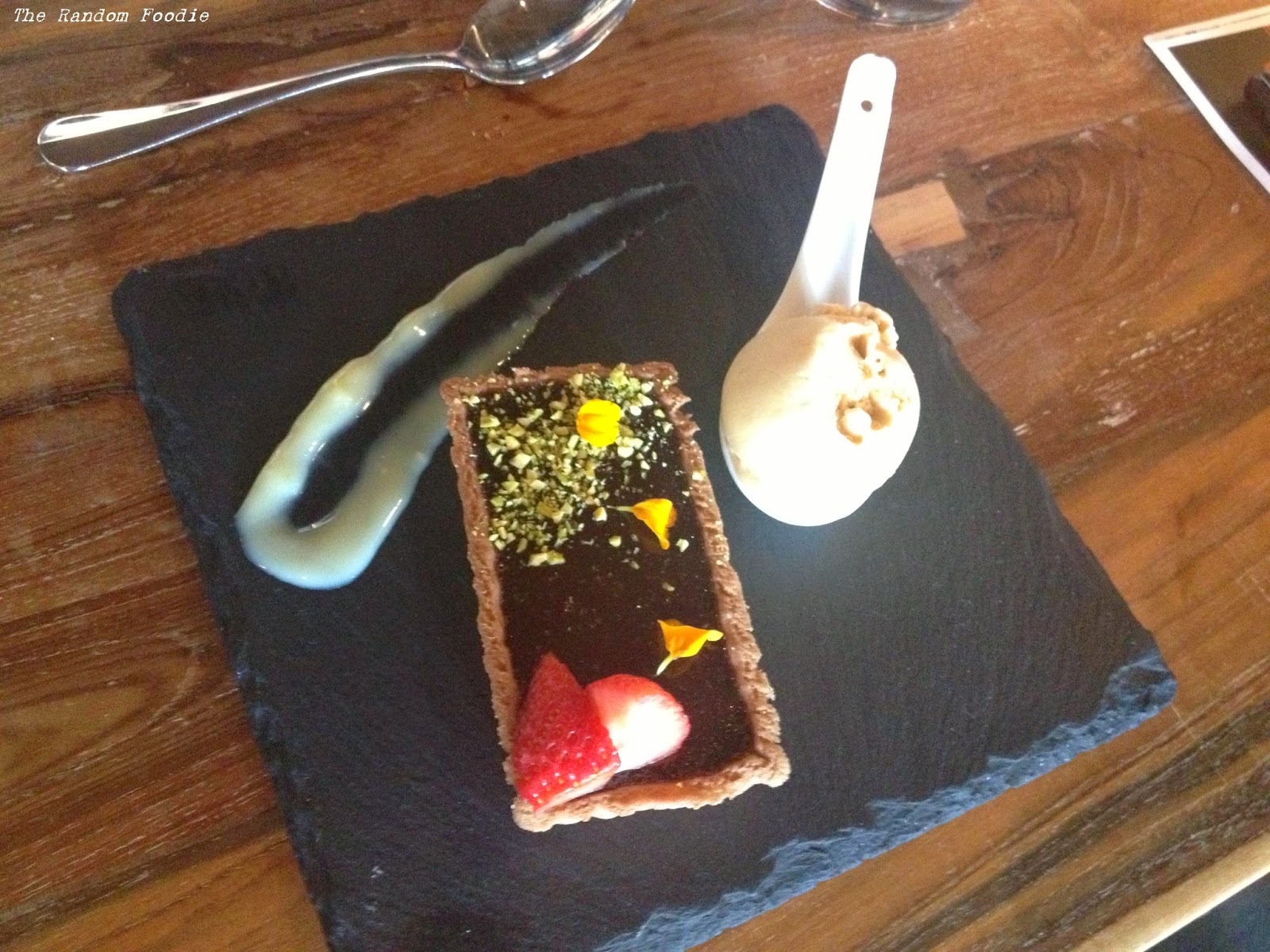 This dish also looked very appealing to try since I love my chocolate. This was well complemented with the salted caramel ice cream and the strawberries to balance out the rich, sweet and bitter flavours from the chocolate. 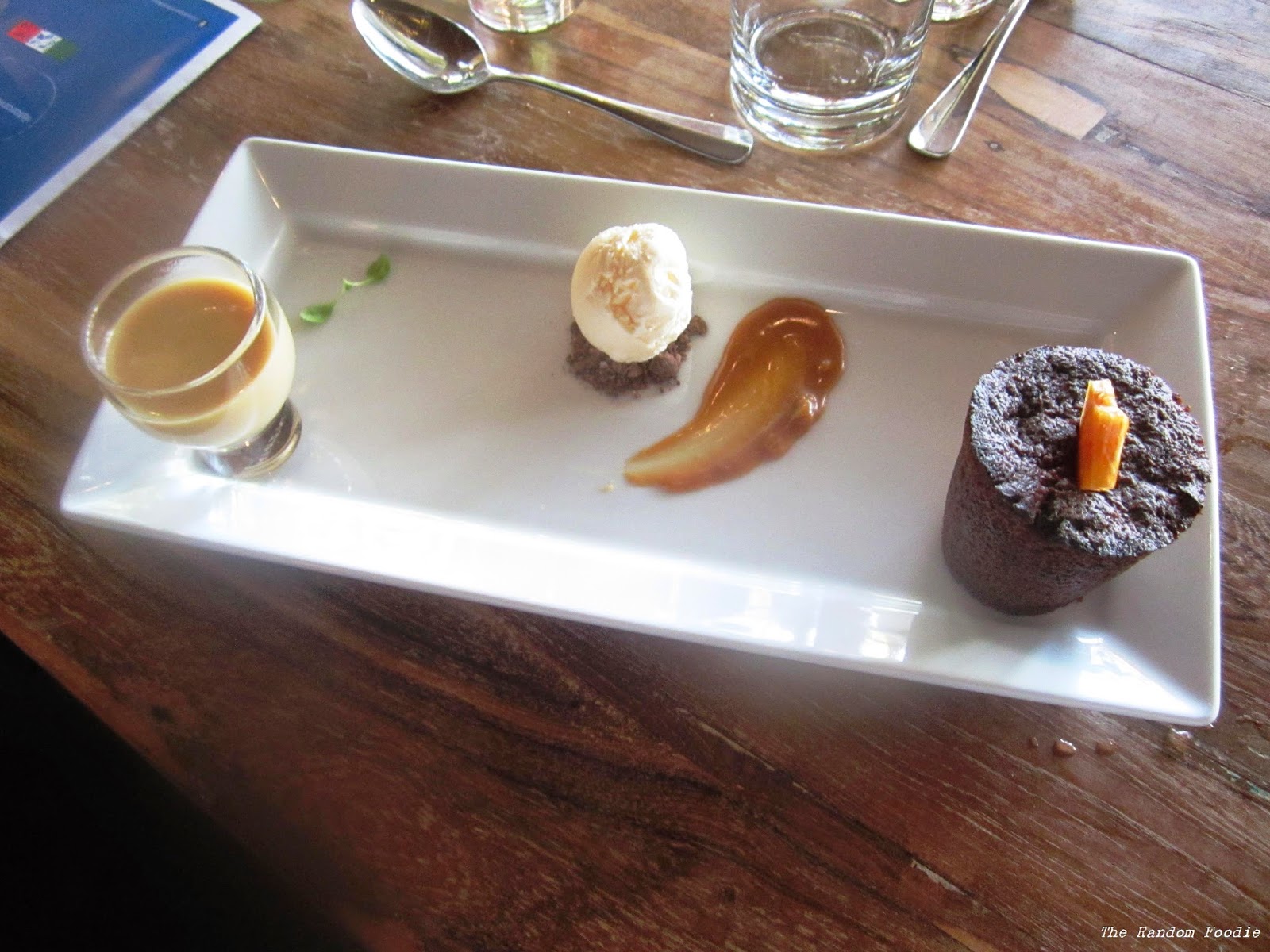 The dish that got the most attention from everyone was definitely the sticky date pudding. The texture was so soft and fluffy that it crumbles as you sample the dish. What made it even better was seeing the caramel sauce pouring on top of the pudding like a waterfall. Regardless of which dessert we got, they were all amazingly delicious finishes to the entire dining experience. 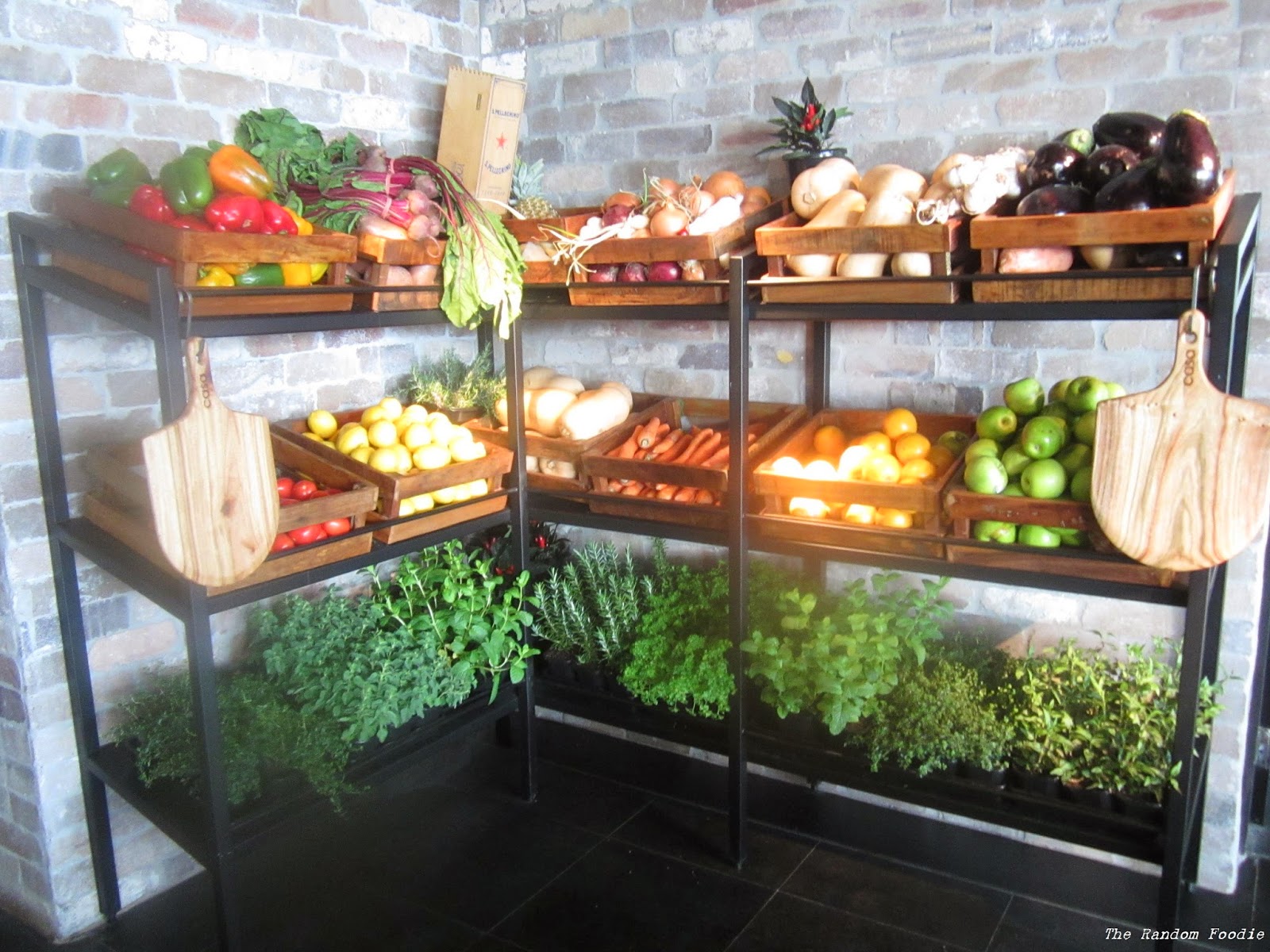 Overall, I found that Casa Ristorante Italiano has been one of the better waterfront dining joints that I've tried especially with the quality, presentation and taste of the dishes. Even though I probably would not be back as often since the prices are still at the more expensive end (though standard for tourist, waterfront restaurants), I would love to return back again to try more of the dishes from the menu especially the desserts, pizzas and that pork belly. Would recommend this for special occasions such as birthdays, farewells, date nights or even just a taking your friend or family member from out of Sydney while making the most of the scenic views. 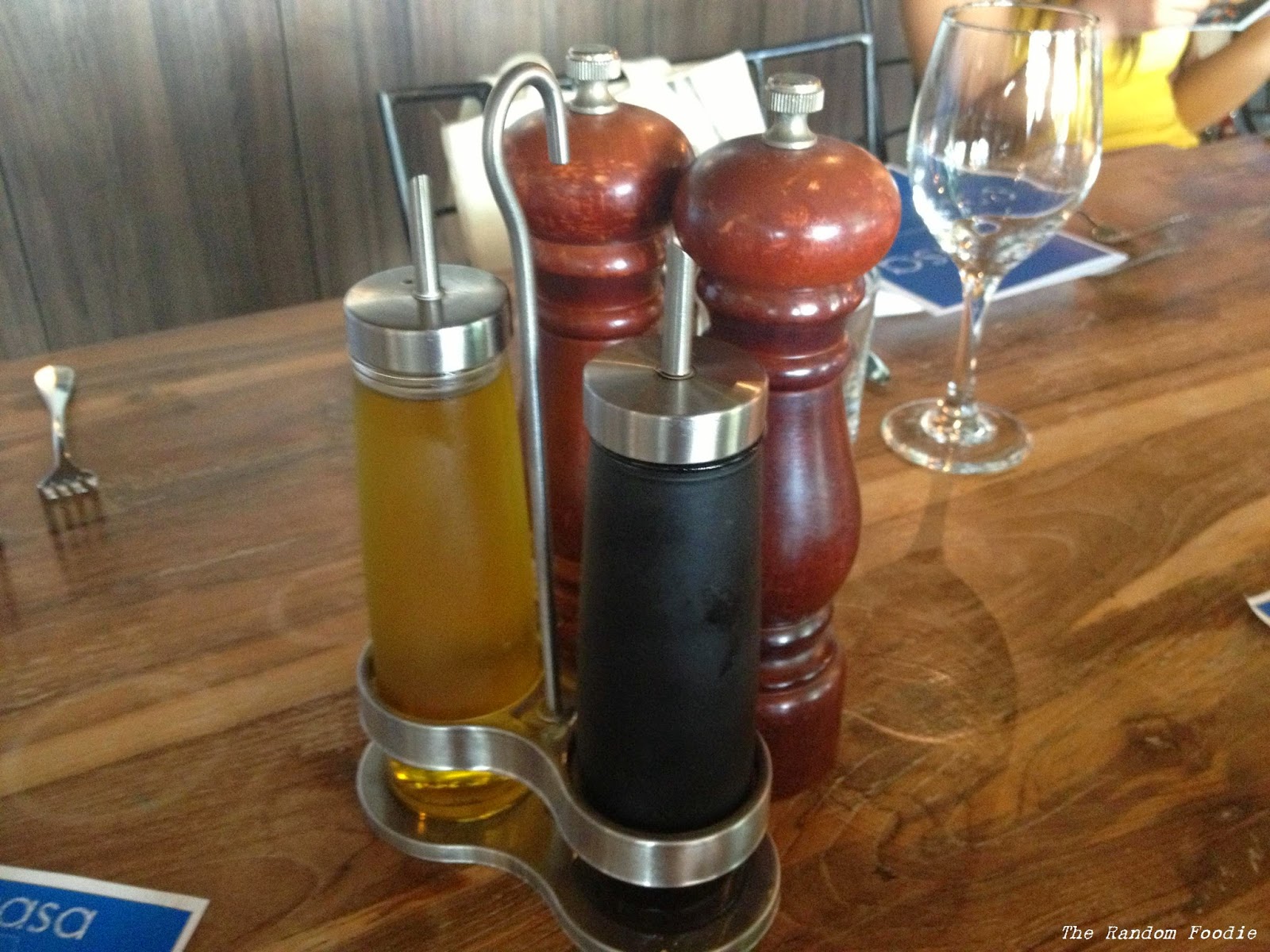